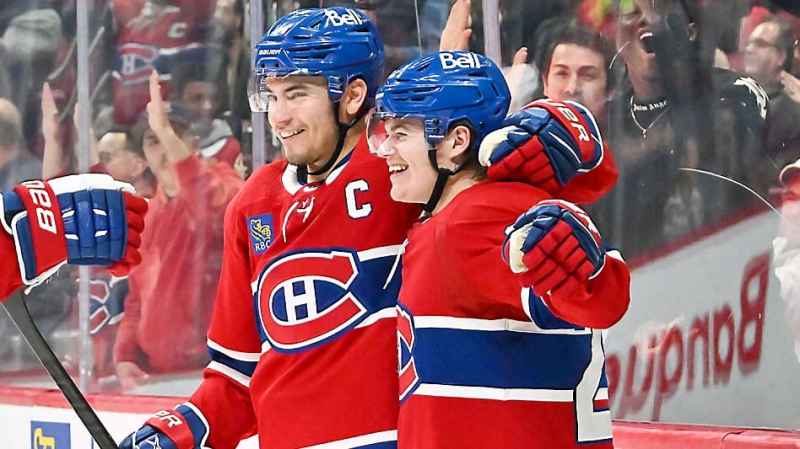 So Marc Bergevin behaved like a teenager. He didn't know how to talk to the players. He had a terrible time managing delicate situations.

He did great things, but he also made inexplicable blunders.

Dominique Ducharme: he never lost his locker room because he never earned the respect of the players.

It's Pierre Gervais who recounts his years as an equipment attendant for the Canadiens. I admit that I am surprised by Pierre's decision to publicly display what he has experienced during his career with the Canadiens.

Surprised because he always showed great simplicity and above all great discretion about everything that happened behind the closed doors of the skaters' home.

Never, over the years spent by his side, he allowed himself the slightest misconduct. Our conversations often revolved around league activities because he was a very influential figure in his field.

Moreover, within the framework of the Olympic Games, Wayne Gretzky, then general manager of the Canadian team, had communicated with Pierre so that he agreed to take charge of the locker room.

“You are the best Peter, you have to join us,” Gretzky had said.

He earned everyone's respect. At the 2002 games in Salt Lake City, he told me how Mario Lemieux and Steve Yzerman had impressed him with their courage and determination.

“Before each match, they had to undergo treatment for a few hours for serious injuries, I was even very surprised to see them on the ice and be impact players,” he told me.

As part of a world hockey championship in Austria, we had shared several anecdotes and he knew how to answer questions about the players he had met during the three weeks of the competition.

He always had a good word for everyone.

I will never forget our conversations when I asked him for advice on which wines to buy for a particular occasion. He had become over the years a true connoisseur.

That he decides to make his feelings known to Mathias Brunet surprised me. Mathias did a colossal job and Pierre was equal to himself. But, this time around, he didn't have a privacy barrier in front of him. I imagine he kept a few little secrets in his memory box, but, in general, what he lived, what he saw, he expresses it with honesty. And as Réjean Tremblay writes, Mathias leads us into the world of Pierre Gervais with beautiful simplicity.

He leads us into the locker room by opening the doors wide.

The remarks about Dominique Ducharme are sharp.

Those on Marc Bergevin describe the character we thought we knew but who hid another personality. Gervais's comments explain why under the regime of the former general manager, the Canadian has never been able to create such important stability for large organizations.

Except that Gervais is careful to specify that the ex-CEO didn't just do bad things.

And it was appropriate that he open a parenthesis on Bergevin's actions.

After all, Nick Suzuki and Cole Caufield belong to the legacy left by Bergevin. We can always say that it is a poisoned legacy if we dwell on the salaries paid by the former general manager, however, in terms of staff, the Jeff Gorton/Ken Hughes duo can advance in their development process and especially in the relaunch of the concession with staff inviting the organization to maintain high hopes.

Suzuki came to Montreal after Max Pacioretty, who Gervais said was a terrible captain, left for Vegas. A smoking blow. Caufield was a rather risky first-round pick due to his short stature, but under Martin St-Louis he won over the team's fans.

His smile, his determination, his dedication to hockey, ensure that he has a charisma that has rarely been seen in a Canadian player in recent years.

The two players once again held the fans on the edge of their seat, Saturday, in a captivating end to the match. And I liked the reaction of Patrick Lalime when Suzuki beat Carter Hart in a shootout, Lalime said that what Suzuki had just done was illegal, illustrating well in a colorful way the action taken by the captain.

Kaiden Guhle and Jordan Harris have also been recruited by the group led by Bergevin. Arber Xhekaj too.

A book that provokes discussion, that provides relevant information, a document that takes us to the middle of everyday life in the locker room of a professional team.

Pierre Gervais describes how players can react to a coach who fails to earn their respect. Dominique Ducharme was a condemned prisoner.

The players were quick to pronounce the final sentence with the arrival of a new group of administrators.