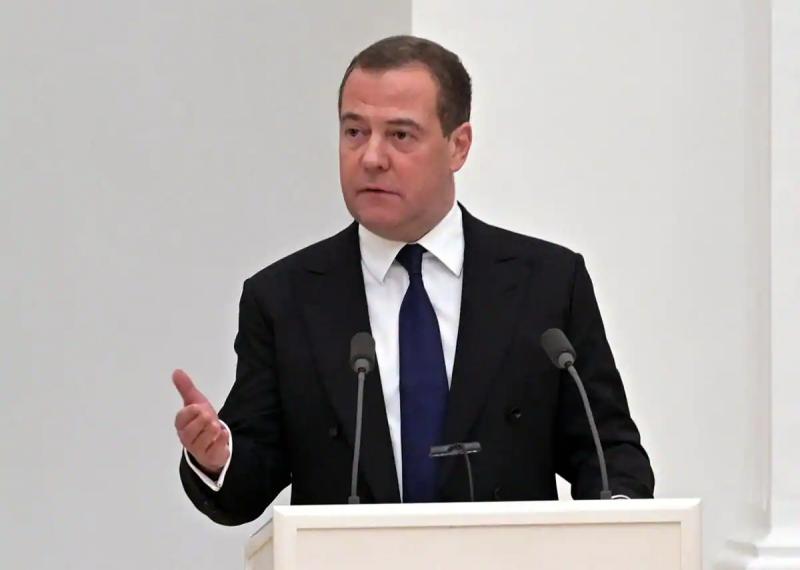 Ex-Russian President Dmitry Medvedev on Sunday accused Germany of waging a “hybrid war” against Russia, justifying the halt in gas deliveries to Berlin by its “unfriendly” behavior in the midst of conflict in Ukraine.

These statements come as relations between Germany and Russia, already weighed down by the conflict in Ukraine, have become further strained after Moscow suspended deliveries to Berlin via the Nord Stream gas pipeline.

“ German Chancellor Olaf Scholz says that 'Russia is no longer a reliable energy supplier'. First, Germany is an unfriendly country, second, it has imposed sanctions on the entire Russian economy…and it delivers lethal weapons to Ukraine,” Medvedev said in a message posted on Telegram. .

“In other words, she declared a hybrid war against Russia. Germany behaves like an ENEMY of RUSSIA,” he added. “And this uncle (Mr. Scholz) is surprised that the Germans are having small problems with the gas,” he pretended to be surprised.

On Friday, the Russian gas giant Gazprom announced the total suspension of deliveries via the Nord Stream gas pipeline, officially after detecting an oil leak on a turbine.

The Europeans, who support Ukraine in the face of the Russian offensive, believe that Moscow is using this pretext to subject them to energy blackmail as winter approaches and several countries fear shortages.

Even if it is heavily dependent on Russian hydrocarbons, Germany “will be able to cope with this winter”, assured Mr. Scholz on Sunday, believing that Russia was no longer a “reliable energy supplier”.

The Russian authorities accuse European leaders of being responsible for the difficulties in delivering the gas, affirming that the sanctions imposed on Moscow to punish it for its offensive against Ukraine had deprived the Nord Stream gas pipeline of equipment ensuring its smooth operation.

European leaders have an “absurd” management of the gas crisis, Kremlin spokesman Dmitry Peskov said on Sunday. “These politicians are causing their citizens to die of strokes when they see their electricity bills” exploding, he quipped.