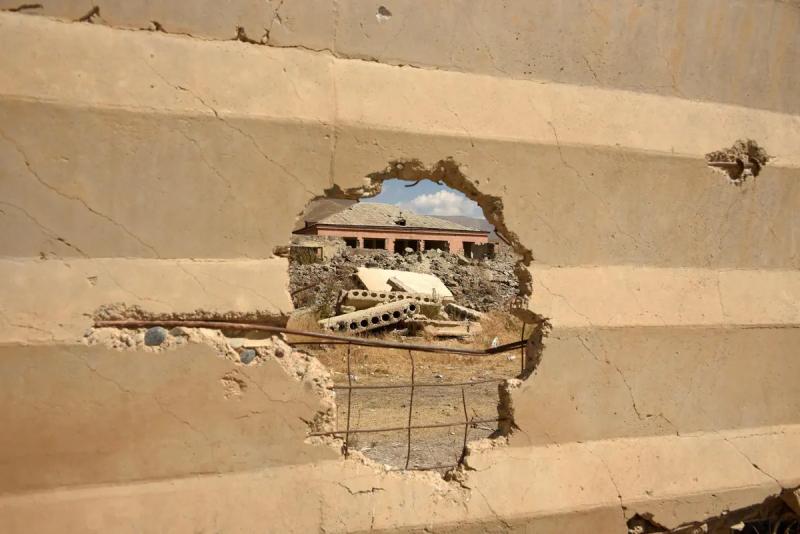 YEREVAN | Armenia and Azerbaijan accused each other of new attacks on their borders on Wednesday, a day after the worst violence between the two countries since a 2020 war has jeopardized recent peace talks.

At least 100 Armenian and Azerbaijani soldiers died Tuesday in the clashes, with Russia announcing a ceasefire, but both sides claim their adversary has already violated it.

This new deadly outbreak comes as the attention of Moscow, a traditional mediator in the region, is monopolized by its military intervention in Ukraine.

Armenia's Defense Ministry said on Wednesday that Baku “has resumed its attacks with artillery, mortars and large-caliber weapons in the directions of Jermuk, Verin Shorzha”, two Armenian localities near the Azerbaijani border.

For its part, the Azerbaijani Defense Ministry claimed on Wednesday morning that Armenian forces had “overnight shelled our positions in the Kelbajar and Lachin areas.”

In a separate statement, Baku said that the Armenian forces fired in particular with the howitzer on three Azerbaijani villages. Armenian army spokesman Aram Torossian on Wednesday morning denied the accusations.

“Neither war, nor peace”

The Armenia and Azerbaijan, two rival ex-Soviet republics in the Caucasus, have fought each other in two wars over the past three decades for control of Nagorny Karabakh.

The resumption of such bloody fighting illustrates how the situation remains explosive, both in this mountainous region, but also at the official borders between the two countries.

Armenia has called on the community international community to react, while the European Union, the United States, France, Russia, Iran and Turkey expressed their deep concern and called for an end to the violence.

Russia deployed peacekeepers to Nagorny Karabakh in November 2020, but since its offensive in Ukraine, Moscow is isolated on the international scene and its role as mediator is questioned.

In recent months, the European Union has taken the lead in finding a peace agreement. These negotiations made it possible to make timid progress on the issue of border demarcation and the reopening of transport routes between the two countries.

In April and May, the leaders of Armenia Nikol Pashinyan and Azerbaijani Ilham Aliyev met in Brussels and agreed to continue the talks.

But these new clashes “have nullified” these advances, believes political scientist Guela Vasadze, of the Georgian Center for Strategic Analysis. According to him, the violence “has further radicalized public opinion” in each camp.

In Yerevan, the emotion was strong Tuesday evening in front of a hospital where wounded soldiers are treated. “We must fight for our lands, our homeland, our country. We will have victory, maybe not today, but then tomorrow,” Sokrat Katchatourian, 65, told AFP.

Arman Mkhitarian, 40, is sure of it: ” A new war is looming” given the “accumulation” of Azerbaijani forces on the Armenian border.

Relations between Yerevan and Baku remain poisoned by the issue of Nagorny Karabakh, a majority-populated enclave of Armenians who seceded from Azerbaijan with the support of Armenia.

Armenia lost this last war and had to cede important territories. According to expert Gela Vasadze, the fragile ceasefire that followed allowed “neither war nor peace”.