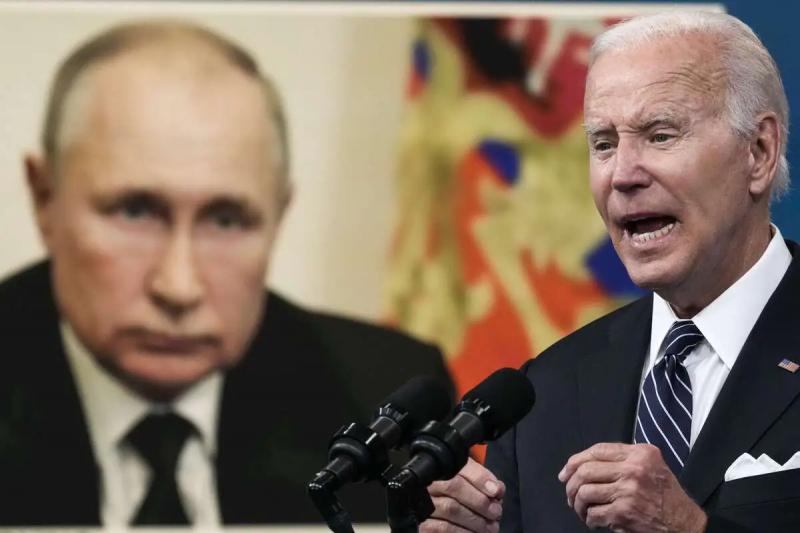 It's only a 'red phone' in the movies, but crisis communications between Washington and Moscow, opened during the Cold War, have resumed amid Russian threats to use arms nuclear in Ukraine.

To the journalist who asked him if the “red phone was working again”, he replied on September 25 on the NBC channel: “The answer to your question is yes.”

Before specifying: “We we have the ability to speak directly at a high level (to the Russians), to tell them clearly what our message is and to hear theirs”.

“It has happened frequently in recent months, it has even happened in recent days,” said Jake Sullivan, who did not want to give details on the exact nature of the communication channels used, in order to “the protect”, nor on the frequency of exchanges.

The term “red telephone” has, over time, come to designate all confidential high-level contacts of an urgent nature between Washington and Moscow.

But it was initially a very specific mechanism established in 1963 between the United States and the Soviet Union .

In October 1962, the Cuban missile crisis shook the whole world.

The lack of direct communication favored speculation on the intentions of the opposing camp, and therefore the risk of nuclear escalation. It then takes several hours to transmit, translate and encrypt the messages between Moscow and Washington.

The two countries will then negotiate, down to the smallest detail, the establishment of a rapid and direct, extremely secure.

The “Memorandum of Understanding Between the United States of America and the Union of Soviet Socialist Republics Regarding the Establishment of a Direct Communications Link”, the first bilateral treaty between the two powers, was signed in Geneva on June 20, 1963.

< p>In the film Doctor Strangelove, US President Merkin Muffley has a tragicomic conversation over the phone with “Dimitri” in Moscow about an impending nuclear apocalypse.

In reality, it is by written messages, coded and transmitted by a cable thousands of kilometers long (Washington-London-Copenhagen-Stockholm-Helsinki-Moscow), and by a radio circuit, that the two capitals communicate.

According to a 2013 article in Smithsonian Magazine, the first message sent by Americans is: “The quick brown fox jumped over the lazy dog's back 1234567890”.

Which doesn't mean much, but has the merit of using all possible characters in order to test the hardware.

The system was modernized in 1971, replaced by satellite links and terminals installed in the two countries — on the American side, the link arrived at the Pentagon, itself linked to the White House crisis room, the “Situation Room”.

In a 1988 article, the New York Times Magazinecompares the Pentagon room to “the computer room of a well-equipped high school” and tells how the system is tested every hour, every day, with messages unrelated to the news: “The Americans sometimes send Shakespeare, the Chekhov's Russians.”

In 1994, a new system made it possible for the Defense officials of the two countries to be practically permanently contactable.

The United States always kept the secret on the number of uses of this secure link.

According to the US Department of State, it served during the Arab-Israeli war of 1967 and then during that of 1973.

The line would, according to various press reports, have heated during the invasion of Afghanistan by the USSR in 1979, and would have been used extensively during the presidency of Ronald Reagan, with exchanges about Lebanon and Poland.

According to NBC and the Washington Post, former President Barack Obama used ized the “red phone” — actually a highly secure email — on October 31, 2016, to solemnly warn Vladimir Putin against disrupting the impending US presidential election.