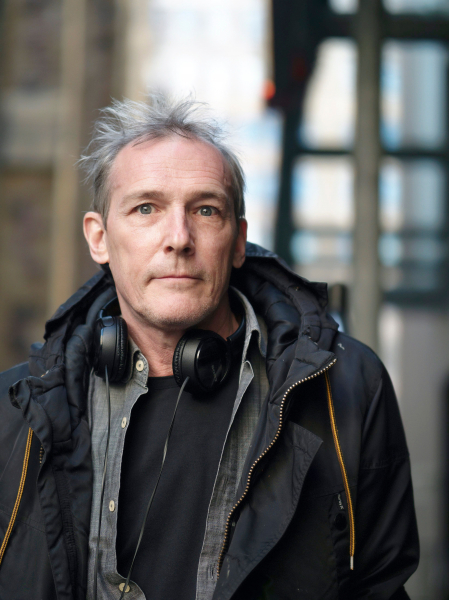 On TV, Louis Bélanger directed the series In Therapy and Sequels. The filmmaker also offered us excellent films: Post Mortem, Route 132, Weeds, Living 100 miles away 'time. And Gaz bar blues, unquestionably one of our greatest films. It beautifully portrays the characters struggling to get by. How he addresses the loss of innocence so well. Themes found in Anna et Arnaud, broadcast on TVA and of which only two episodes remain. It offers the look as tender as it is powerless of a mother on her son, when everything is derailed and homelessness seems the only option to be nothing more than the memory of a sad event.

When you adapt an existing work, is it easy to make it your own when the time comes to create a series?

The truth is that I did not want to read Francine Ruel's book (Anna and the child-old man) before. Writing is a very difficult job. François (Archambault) has appropriated it for two years. He met Étienne (Francine's son) to integrate his point of view which was not in the book. It is this version that I put in pictures. My job was to synthesize and make it more cinematic. It is a gift to have been able to “just realize”, I who am used to writing my projects and soliciting donors.

More and more filmmakers are making the jump to TV. What do you associate this trend with?

The cinematographic approach is an “added value” and I feel that it is desired by broadcasters. They don't just want “shot-reverse shot” anymore. Before, it was more compartmentalized because film people had the reputation of working more slowly, which is completely false, especially with the means we have. The people from TVA, Olivier Aghaby and Dominique Burns, were “well blood”. They let me put my signature. I had fun. And I had a lot of freedom for the cast, which is a nice mix of new faces and old timers that I enjoy working with. Casually, for such an intense subject, there had to be a good atmosphere on set.

How to depict homelessness with verisimilitude without falling into clichés and while remaining general public?

I started looking at homelessness differently. I took more steps. I am a thief of bits of life who observes to retransmit the essence. It's a rough, harsh and cruel universe, but there's also a lot of camaraderie, hence the companions in misfortune. With Jérôme Sabourin, an excellent cinematographer, we shot in real places of homelessness. In the technique, we opted for flexibility for more freedom. We couldn't afford to block Sainte-Catherine Street. We toured the world, in Saint-Henri, with real itinerants. As we were visitors, we were shooting light. In April, we left, Nico (Racicot who embodies Arnaud), no monitor, no microphone, to have real access to roaming. The documentary technique to enhance fiction.

Did Etienne and Francine attend the filming?

Francine talked a lot with Guylaine (Tremblay who plays Anna). We added things that weren't in the script. For example, when Anna is going to lift the blanket on an itinerant lying on a bench. We said OK, let's make a scene. I let Nico chat with Étienne to get his info. It was a privilege to have that bond. But Arnaud is different from Étienne. Besides, I did not know Nico Racicot. I literally fell on my ass. The Arnaud before roaming is so different from that of roaming in his posture, his tone, his vitality. It's a big compositional role. He transformed physically and from the audition, it clicked with Guylaine.

Do you feel that this project is in some way useful?

I hope to do useful work. In one evening at TVA, I reach more people than with all my films! It’s a great showcase for talking about social issues. When I started mixing the series, I realized that it was so current. We are talking about homelessness and shootings. When I was ti-ass, I don't remember that there was so much gratuitous violence. The screenplay is skillfully written. He does not fall into wishful thinking. It is a daily struggle with its greatness and its smallness. There is the whole aspect of dignity. I hope the world will take a different look at homelessness. There are a lot of people affected by that.