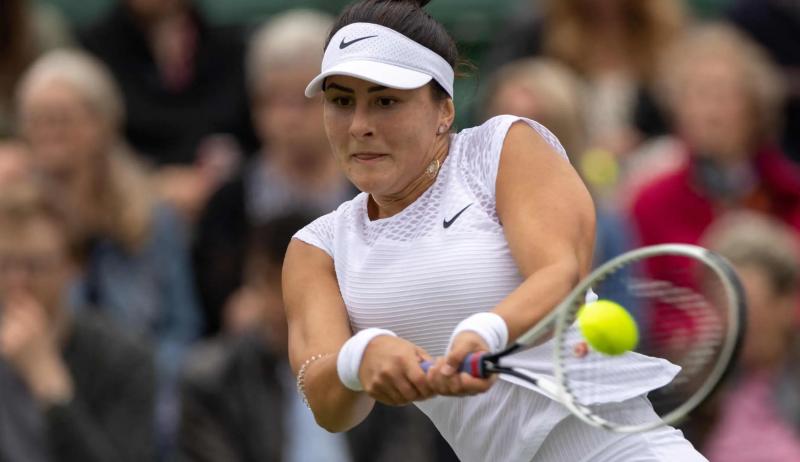 LONDON | Bianca Andreescu met stronger than her on Thursday as she lost to Kazakh Elena Rybakina in straight sets in the second round of Wimbledon.

Andreescu was full of good intentions before his duel , but she also knew that she was meeting a big name in women's tennis. Rybakina is the 17th seed in the tournament.

“We are well beaten in this match, mentioned Bianca Andreescu during her press briefing. She seized her opportunities more than me. She was serving well, but for my part, I was not serving at my highest level. I did what I could.”

The Kazakh won from the start with her powerful serve. The speed of some of his bullets was comparable to that of men. However, Andreescu was able to fight back. The first run was neck and neck.

However, with a 5-4 mark from Rybakina, the Torontonian had a bad game to slip away the first set stupidly.

In the second set, Rybakina built a 5-3 lead against Andreescu following a breakage. The latter showed character by breaking her opponent and pushing the set to a tiebreaker.

During this stage, the Kazakh took advantage of Andreescu's largesse on serve. The 56th player in the world committed a double fault while her opponent had a 5-4 lead. A fatal error.

“I didn't expect her to serve so well,” Andreescu said. I try not to have expectations before a match. When you watch a player on TV, it's not the same to face her on the pitch. She played really well.”

She seemed emotional at one point in the tiebreaker.

“It happened when she hit a ball over the line. It was a bad leap and I laughed watching them. I really wanted to win, but it was not my day. I feel like the universe is still testing me.”

Thumbed from all sides

Due to Rybakina's power, Andreescu has not been able to impose its style. When she did, the former U.S. Open champion had good streaks and often came out on top in rallies.

On the other hand, she lacked consistency during the duel. After a good game, she often struggled during the next one. She was hesitant in her attacks. At this level, it does not forgive.

Andreescu must find a way to become the aggressive player that she was before. In his case, it is above all a problem between the two ears. Physically, she has never been in such great shape.

In fact, she went to train with her physical trainer after the match for 60 minutes.

“I feel good things are going to happen. I just need to continue to prepare myself well and maintain good habits. I have to keep learning.

“As for my training session, my trainer Abdul Sillah pushed me a little more than I thought. Previously, I wouldn't have been able to train after a game.”

Andreescu will take a few days off before starting his hard court season. She will take part in tournaments in San Jose, Toronto and Cincinnati before tackling the United States Open.

< p>The fourth day of Wimbledon began with another forfeit. That of the Spaniard Roberto Bautista Agut. He tested positive for COVID-19.

With this news, the Colombian Daniel Elahi Galan will face the heartthrob of Denis Shapovalov, Brandon Nakashima.

New Denver Broncos quarterback Russell Wilson is on site today. He was accompanied by his wife, singer Ciara.

Gabriela Dabrowski and her partner Giuliana Olmos won their first round match. The third seeds overcame the duo of Belgian Yanina Wickmayer and Kazah Yulia Putintseva in three sets (6-7 (2), 6-3 and 6-2).