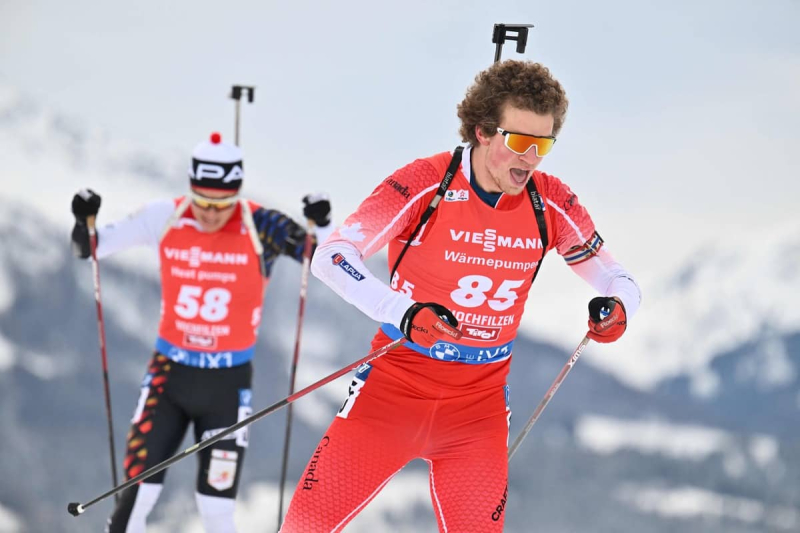 (Sportcom) – Go to practice and feel like a worker who is going to punch his card at the factory at the start of his shift. It is this feeling that has inhabited the biathlete Jules Burnotte in recent months. After a start to the season where the results were below his expectations, the Sherbrooke resident announced Monday morning that he was drawing a line under his career as a high-level athlete.

This premise may seem sad at first glance, but Burnotte is comfortable with his choice. Firstly because he sees it as a sign of honesty towards himself, but also towards all those who have supported him over the past few years.

“C It was I who decided not to finish the season. It sounds a bit special, because we're not used to seeing that and even I didn't think I'd end up this way, “conceded the new retiree to Sportcom, adding that the national team coaches had made him a place for the next World Cups and Worlds next month.

When the heart is gone

In the summer of 2022, Burnotte was able to train when fully healthy for the first time in a long time. However, in September, he was already mentioning that the long stays in Europe were beginning to weigh on him in his personal life.

“I was still doing the work, but I was like, 'When I get to the competition, it's going to be good. I am healthy and normally it should be the best possible results.” Finally, in my first race, I had a result that was not up to my expectations. It was the same the second week. In the third week, I had spoken to the coaches about it: “there, I will give everything I can, but it could end there.” I had a great race on the last day, but it wasn't enough to make a top 60.”

Disappointed that these results did not reflect what he was able to do, Burnotte returned home to reflect on his sporting future. His return to practicing outdoor activities, without a stopwatch, percentages of heart rates or targets reached, nourished his reflection.

“It is a personal decision to tell me that this is not more of what I feel like doing. I tried, I trained during the summer and I already had better results. I now have difficulty putting the intensity I need in training and today I feel like putting it elsewhere.”

Burnotte explains that this intensity had to be present in all spheres of his sport, not only to obtain the best results, but also out of respect for the work of the coaches and technicians of the national team, which is essential in his eyes.

“I didn't want to start pretending,” he added. We have technicians who spend between six and eight hours testing skis in the cold or in the rain. They ski a lot more than us just so we have a pair that will slide better than the others. Me, I arrive and I am not able to put everything in place. I didn't want to continue not being my best self in this world.”

A short but intense career

Burnotte had his best moments at the Beijing Olympics last winter. He scored three individual top 30s, including an 18th place in the mass start, as well as a sixth in the men's relay. Three weeks later, he achieved his best World Cup result, a 21st place sprint in Otepaeae, Estonia.

His later years were marred by a concussion, mononucleosis and the Covid-19. In addition, on January 9, he returned full-time to the school benches for the bachelor's degree in physical education and health at the University of Sherbrooke. He could also wear the colors of the Vert & Gold next fall, he who participated in the 2015 World Junior Cross-Country Under-20 Championships.