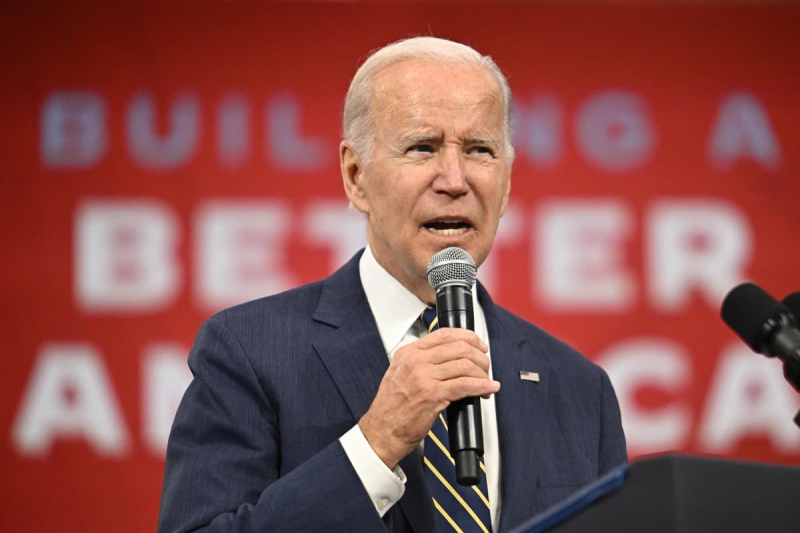 “Congress must act to avoid” mass walkouts, said the 80-year-old Democrat, yet a clear supporter of social dialogue and unions.

“It's not an easy decision to make, but I think we have to do it. The economy is at stake”, he added while receiving Congress leaders.

He had invited, on the Democratic side, the boss of the House of Representatives Nancy Pelosi and the leader of his party in the Senate, Chuck Schumer.

Democrat Chuck Schumer and Republican Mitch McConnell have signaled their desire to resolve “as quickly as possible” this social dispute, which could shut down nearly 7,000 freight trains and cost more than $2 billion a day to the economy, according to the American Railroad Association.

Nancy Pelosi assured her that the House of Representatives would vote on the subject on Wednesday. The text will then go to the Senate.

Rail freight could experience a massive strike after December 9, if all the 12 unions concerned fail to adopt a new branch agreement on wages and working conditions.

To the States United States, around 28% of goods travel by rail.

The National Retail Federation (NRF) has already warned of the potentially “devastating” effects of a strike.< /p>

Congress can block it, under a law dating back to 1926, if it votes to impose the new branch agreement.

It remains to be seen whether all Republicans, in theory holding liberal positions on the economy, will follow the movement to prevent the strike.

Republican Senator from Florida Marco Rubio, for example, signaled on Twitter that he would not vote “for an agreement that does not have the support of the workers.”

The conservative opposition knows that a conflict would be a severe political setback for Joe Biden, who is personally invested in this file.

And this at the time where the president, revived by better than expected legislative elections for his party, is considering running for re-election in 2024.

One of the unions concerned, BMWE-IBT, said in a press release that it “deeply disappointed” with the US president's decision to appeal to Congress. He has already predicted that the claim at the heart of the conflict with the employers, on the payment of sick leave, was “not going to disappear.”