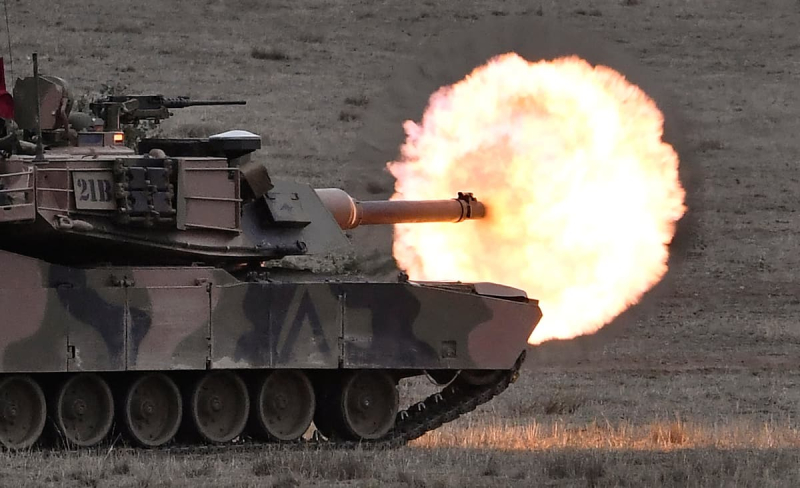 After long procrastination, the United States will deliver 31 Abrams tanks to Ukraine to help fight the Russian invasion, US President Joe Biden announced on Wednesday, following the German green light to sending tanks to Kyiv and despite warnings from Moscow.

This is “to help Ukraine defend its sovereignty and territorial integrity,” Biden said during a a brief speech.

The announcement comes after Germany gave its approval to send Leopard 2 heavy tanks to Ukraine, after weeks of hesitation.

President Biden has indicated that he to be spoken to earlier on Wednesday with German, French, Italian and British leaders “to continue our close coordination and full support for Ukraine”.

Russian President Vladimir “Putin” expected the resolve of Europe and the United States to weaken. He expected our support for Ukraine to crumble over time. He was wrong,” said the American president.

Kyiv has been asking Westerners for weeks for modern tanks, deeming them essential to repel the invasion.

American tanks should not however, not be delivered immediately: “We are talking about months, not weeks”, according to a senior American official. In particular, the question remained to be clarified as to whether it was an order for new tanks, the shipment of renovated tanks or tanks from third countries.

Until recently, the United States said it was not ready to provide its most advanced heavy tanks, the Abrams, to Ukraine to fight the Russian invasion, justifying this refusal by maintenance and training issues. /p>

Last week, Pentagon number three Colin Kahl pointed out that the Abrams tank was “a very complicated piece of equipment.”

“It's expensive, it requires tough training, it has a jet engine. I believe that it consumes 11 liters of kerosene per km”, explained Mr. Kahl, under-secretary of defense for strategy. “It's not the easiest system to maintain,” he added.

On Wednesday, senior US officials said on condition of anonymity that the United States were going to train, “outside Ukraine”, the Ukrainians in the handling of the tank.

They also explained that 31 tanks would be delivered precisely because this figure corresponds to the composition of a Ukrainian tank battalion.

The American authorities are working “on the mechanisms to deliver the fuel and the equipment whose Ukraine will need to operate and maintain the Abrams,” said one.

In recent days, pressure had been mounting on German Chancellor Olaf Scholz to give its green light for the delivery of Leopard. On Wednesday, he gave his agreement to the delivery by Poland and other countries that would like it of Leopard 2 tanks, while affirming that he wanted to avoid “an escalation” which would lead to a war between Russia and NATO.

Moscow for its part denounced an “extremely dangerous decision which will bring the conflict to a new level of confrontation”, according to the Russian ambassador in Berlin Sergei Netchaev.

“ This convinces us once again that Germany, like its closest allies, does not want a diplomatic solution to the Ukrainian crisis and that it wants a permanent escalation,” he added. said.