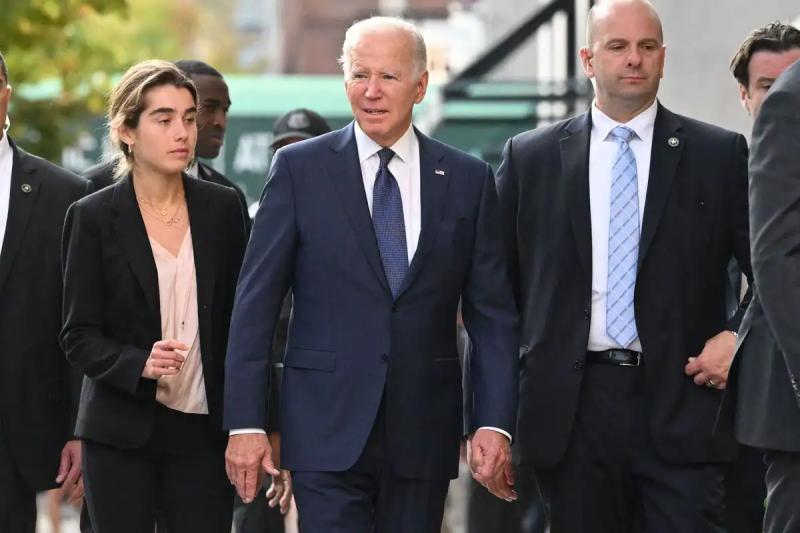 US President Joe Biden on Monday “strongly condemned” the rain of Russian bombings in Ukraine, proof of the “absolute brutality” of his Russian counterpart Vladimir Putin, which left at least 11 dead and 89 injured across the country.

“These attacks have killed and injured civilians and destroyed non-military targets,” the Democratic leader castigated, assuring that they would only strengthen American support for Ukraine and that the United States would continue “to impose a heavy cost to Russia for its aggression.”

According to Ukrainian authorities, the Russian military fired 83 missiles on Monday, of which about half were intercepted. Energy infrastructure, but also civil targets, including a children's playground, have been reached.

Russian President Vladimir Putin has justified his “massive” bombardments by denouncing Ukraine's “terrorist” attack on the bridge linking Russian territory to Crimea, a peninsula annexed by Moscow in 2014.

These deadly strikes, on an unparalleled scale, also occur in a context of military difficulties for Moscow, whose forces have recently retreated in the face of kyiv's counter-offensive in the east and south of the country. Ukraine.

“Putin is desperate because of defeats on the battlefield, and he uses missile terrorism to es sayer to change the tempo of the war in his favor,” Ukrainian Foreign Minister Dmytro Kuleba blasted on Twitter.