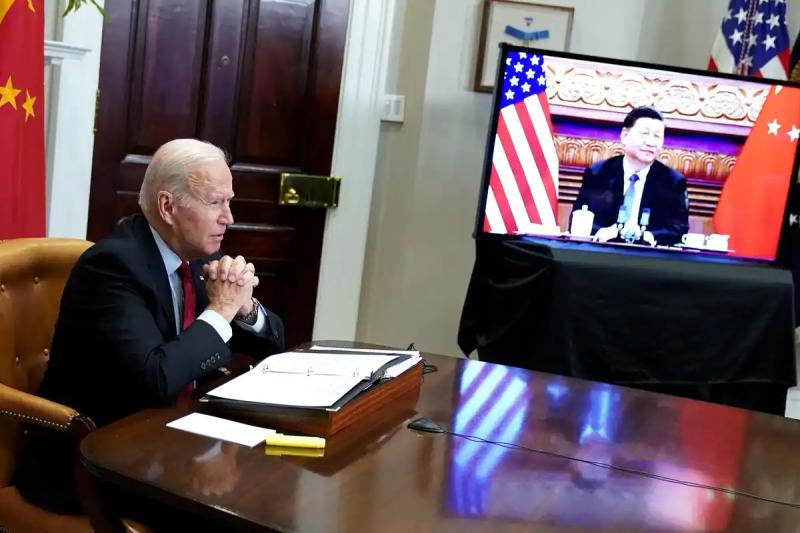 Joe Biden could discuss with his Chinese counterpart Xi Jinping the tariffs imposed on many Chinese products, a White House spokesman said on Tuesday, noting that the American president did not have yet made a decision on whether to lift them.

U.S.-China trade issues “will definitely be discussed” in the phone call Joe Biden intends to have “probably this week” with the Chinese leader, the press has told John Kirby, White House spokesman for strategic issues.

The American president considers that “the customs tariffs put in place by his predecessor were badly designed”, he added. “We believe they have cost American families, small businesses and farmers.”

The Democratic president, faced with very high inflation that is demoralizing Americans, is under pressure to lift these rights punitive customs duties in order to calm the runaway consumer prices a little.

The spokesperson, however, hinted that even if the subject was raised during the call, an announcement on a possible lifting of customs tariffs could only occur later.

Joe Biden “did not make a decision,” he said. “I don't think it's a major talking point with President Xi until he makes a decision.”

One of the main objectives of this interview will be to “take care of relations” with China, explained spokesperson.

Joe Biden “wants to be sure that the lines of communication with President Xi on all issues, whether it is issues we agree on or issues we we have serious difficulties, that they can pick up the phone and speak frankly about it,” he said. , Nancy Pelosi.

Any trip by the Speaker of the House of Representatives, who is one of the most senior figures in the American state, is surrounded by an important security device, and information about this potential visit infuriated Beijing.

But John Kirb y pointed out that to date, Nany Pelosi “has not announced any trips”.