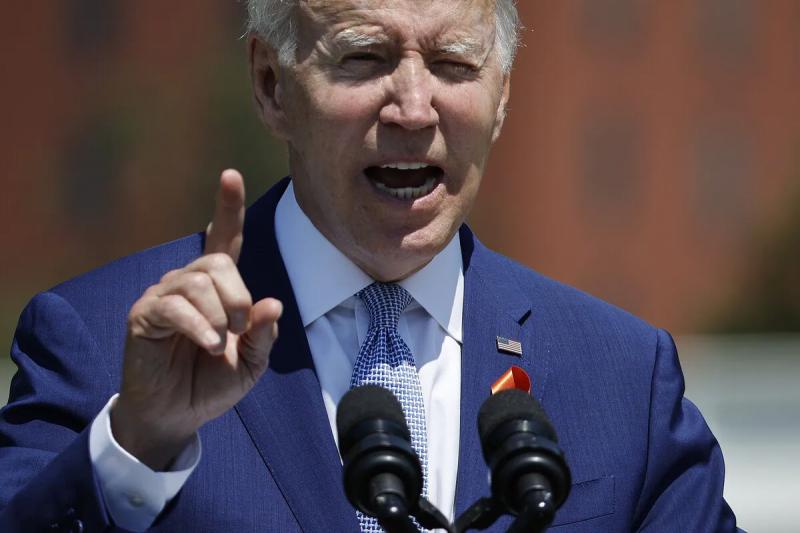 Joe Biden on Monday said he was “determined” to go further in the fight against gun violence and re-ban the sale of the assault rifles that transformed the United States in “battlefields”.

From the White House, the American president welcomed the passage last month of a law aimed at strengthening the regulation of firearms, the largest in nearly 30 years, but which remains well below its ambitions in this area.

The vote on this text, thanks to the votes of several Republican senators, came after two killings that shocked the country.

A young man armed with a semi-automatic rifle killed 19 children and two teachers at an elementary school in Texas, and shortly before, a supremacist militant had killed ten black people in a supermarket in Buffalo, New York, with the same type of weapon.

This law “proves that we can, despite the defeatists, make significant progress against gun violence,” assured Mr. Biden.

He called for “galvanizing this movement” in the face of repeated shootings “in our schools, our places of worship, our workplaces, our stores, our music festivals, our nightclubs and so many other everyday places that turned into battlefields.”

Semi-automatic rifles of the AR-15 type, very often used in massacres in recent years, were banned between 1994 and 2004, he said. recalled.

“I am determined to ban these weapons again, as well as the high-capacity 30-round magazines (which can) fire hundreds of bullets in minutes,” he said.

He also wants the law to punish gun owners who don't store them in a locked safe.

“If you have a gun, you have a responsibility to secure it and keep locked up,” he said, assuring that he had “four guns, two of mine and two of my deceased son, and they are locked up”.

Nearly 400 million firearms are in circulation in the United States.

According to the Gun Violence Archive, which includes suicides in its data, more than 23,200 people have been killed by firearm since the beginning of the year.