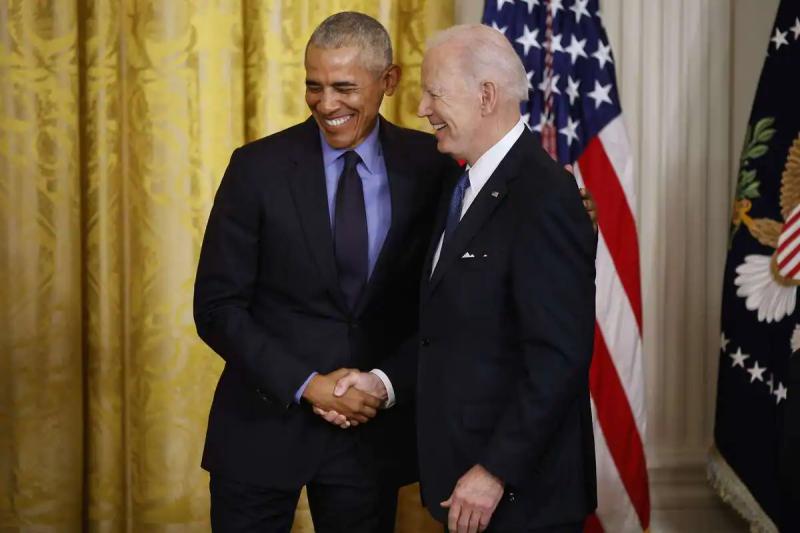 WASHINGTON | Barack Obama and his wife Michelle Obama are back at the White House on Wednesday to renew a tradition broken by former President Donald Trump: the presentation with great fanfare of their official portraits.

They will be received at 1:30 p.m. local time by President Joe Biden – former Vice President of Barack Obama – and his wife Jill Biden.

Their portraits “will forever remain on the walls of the House -Blanche as a reminder of the power of hope and change,” White House spokeswoman Karine Jean-Pierre said on Tuesday.

This is the second time the former Democratic President returns to 1600 Pennsylvania Avenue.

He had made a publicized appearance there in April, for a public event devoted to health spending, the opportunity for Joe Biden and him to replay their camaraderie.

The staging of their “bromance” – contraction in English of the words “brother” and “romance” – had been a constant of the two Obama mandates.

It has been a tradition in the United States for decades for the President to invite his predecessor and his wife to the official hanging of their portraits at the White House.

The event also symbolizes the ability to put aside partisan divisions, the time of a ceremony which generally abounds in jokes and compliments.

The Republican Donald Trump, who broke with many formal uses of this kind, and who had multiplied the attacks on the first black president of the United States, had not invited Barack Obama.

His administration had also, according to the American media, moved the official portraits of Bill Clinton and George W. Bush.

Exhibited in the entrance hall of the White House, as is customary, which dictates that the best seats be left to the last two occupants of the premises, their portraits had been relegated by the Republican billionaire to a little used room in the presidential residence.

Karine Jean-Pierre did not respond to a question on Tuesday about Donald Trump's possible invitation to reveal his official portrait, a prospect that seems very unlikely.