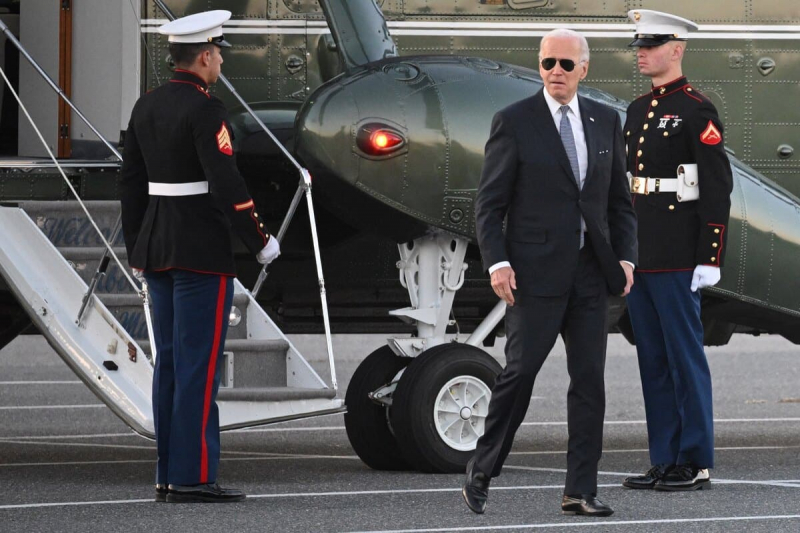 US President Joe Biden, who turns 80 in November, said on Friday he “intends” to run for another term in 2024, but has no not yet made the formal decision.

Asked about this on the MSNBC channel, the Democrat said that if he did not decide immediately, it was because as soon as the announcement was made, “a whole series of rules were triggered” and ” I will have to behave as a candidate”.

“I have not yet formally taken the decision, but that is my intention. My intention (is) to run again and we have time to make that decision,” he said.

When asked if his wife, Jill Biden, was in favor of what he is getting into the race again, he implied she was.

“My wife thinks we're doing something very important and I shouldn't walk away from it,” he said after pausing.

Mr. Biden had already announced his “intention” to run again in September, while remaining evasive.

Oldest president ever elected in the United States, Joe Biden will turn 80 on November 20. He would be 82 at the start of a possible second term, and 86 at the end.

His age regularly fuels speculation about the reality of a new candidacy.

M . Biden and his party are preparing to pass the test of the midterm parliamentary elections on November 8, traditionally difficult for the incumbent president.

Among the Republican candidates in this election, several are campaigning by continuing to hammer – falsely – that the 2020 presidential election won by Joe Biden was “stolen” from his predecessor Donald Trump. The latter flirts more and more openly with the idea of ​​​​representing himself in 2024.