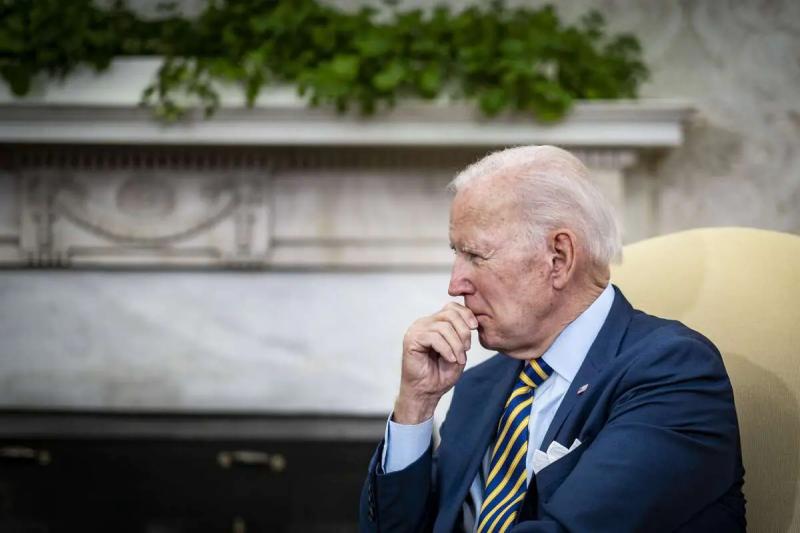 US President Joe Biden has claimed that US troops would defend Taiwan if the island were to be invaded by China, a statement that is again expected to anger Beijing.&nbsp ;

When asked if “Americans would defend Taiwan in the event of a Chinese invasion”, the American leader replied on CBS: “Yes, if an unprecedented attack were to occur” .

Asked by AFP, a spokesman for the White House however affirmed Sunday evening that the policy of the United States with regard to Taiwan “had not changed”.< /p>

China considers Taiwan, with a population of some 23 million, to be one of its provinces, which it has yet to successfully reunify with the rest of its territory since the end of the Chinese Civil War in 1949 .

In seven decades, the communist army has never been able to conquer the island, which has remained under the control of the Republic of China – the regime that once ruled mainland China and no longer rules. today than Taiwan.

During his interview, the President of the United States also stressed that he was not “encouraging” the island to declare its formal independence. “It's their decision,” he said.

Joe Biden had already annoyed Beijing by saying in late May that the United States would intervene militarily to support Taiwan in the event of an invasion by China Communist. He then went back, affirming his attachment to “strategic ambiguity”.

This deliberately vague concept, which has governed Washington's Taiwanese policy for decades, consists of the United States refraining from saying whether or not it would intervene militarily to defend Taiwan in the event of an invasion. This has made it possible to maintain a certain stability in the region so far.

Washington also applies a “one China policy”: the United States officially recognizes only one Chinese government. , the one in Beijing.

But, at the same time, they are careful not to endorse Beijing's position that Taiwan is an inalienable part of a single China that will one day be reunited. The United States believes that it is up to Beijing and Taipei to find a solution, but opposes any use of force to change the status quo.

“We agree with what we signed a long time ago,” Joe Biden said in his interview. at a time when relations between Beijing and Washington are at their lowest in decades.

On Wednesday, a bill that provides for the first direct military aid from the United States to Taiwan reached a key milestone in American Congress. A few days earlier, Washington had announced the sale of arms worth $1.1 billion to Taipei.

In early August, a visit to Taiwan by Speaker of the House of Representatives Nancy Pelosi, also angered Beijing. China had then launched the most important military maneuvers in its history around the island.