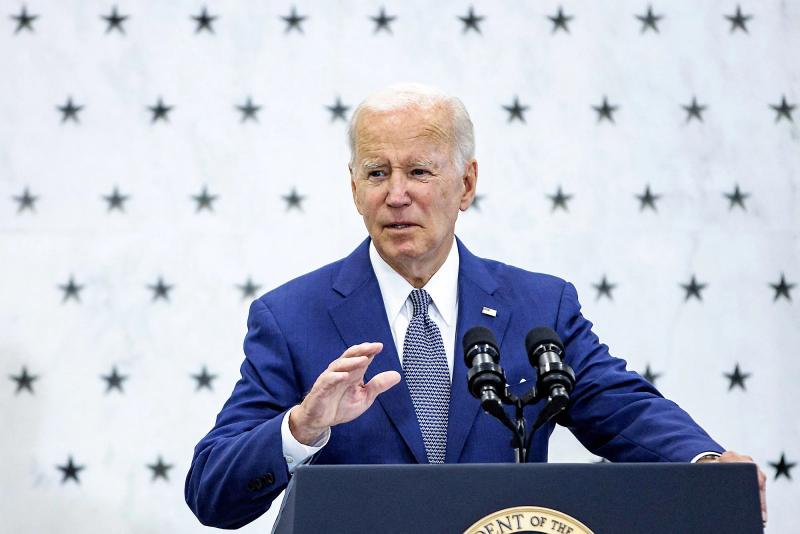 Joe Biden is flying to the Middle East this week. However, he is not short of challenges. It will leave Washington with a series of troubles it cannot get rid of. And there, he will mainly deal with world peace. The man, obviously, likes to run the trouble.

Times are tough at the White House. The remedy served for the great commotion of the summer – the cancellation of the right to abortion by the Supreme Court – relieves few people: a presidential decree signed on Friday, which guarantees access to the abortion pill and contraception emergency.

The Minister of Health, Xavier Becerra, has also been entrusted with the mission of preparing for future legal battles, but as he himself has admitted that there is no no “quick fix” to restoring abortion nationwide bodes ill.

As for the rest, we go from disappointment to discouragement: inflation should reach 9% this month; with firearms still circulating freely, mass shootings are on the rise; and the sanctions against Russia, presented each time with aplomb, do not prevent Vladimir Putin's armies from destroying everything in their path and making gains in eastern Ukraine.

President Biden will therefore go to take his mind off things in Israel, then on the shores of the Red Sea in Saudi Arabia. In fact, to use an expression dear to my mother, he will rather take advantage of it to “change the evil of place”: the evil remains, it is just somewhere else.

First, he will want to reassure the Israelis in the face of the threat that Iran poses to the region. Donald Trump having torn up the agreement concluded with Tehran to frame its nuclear program, all that remains for his successor, for lack of progress in the negotiations, is to remind the Jewish state of the unconditional support of the United States for its security. .

The American president will also travel the twenty kilometers that separate Jerusalem from Ramallah in the West Bank to reaffirm to the Palestinians another commitment of his administration: the attachment to a two-state solution, Palestinian and Israeli, living side by side in peace. The chances of this happening? Bad, but it looks good.

In Jeddah, with the leaders of the Persian Gulf monarchies, we are told of a heavy agenda: Iran, Yemen, Israel. That said, no one doubts that in the midst of an oil supply crisis and with the price of gasoline at peak levels, Joe Biden will seek more production from his hosts.

What ultimately gives the appearance of of catch-up diplomacy to this whole trip: first, pick up — without even trying to stick them back together — the pots smashed by Trump with Iran, then tell the Palestinians that we do not forget them, even if that is what what do the Abraham Accords, concocted by Trump, do.

Then, begging for more oil with one hand, Biden will have to squeeze with the other that of the Saudi Crown Prince, Mohammed bin Salman, whose promised to make an outcast for the gruesome murder of Jamal Khashoggi. As Piton said, it won't be easy… even for the American president.