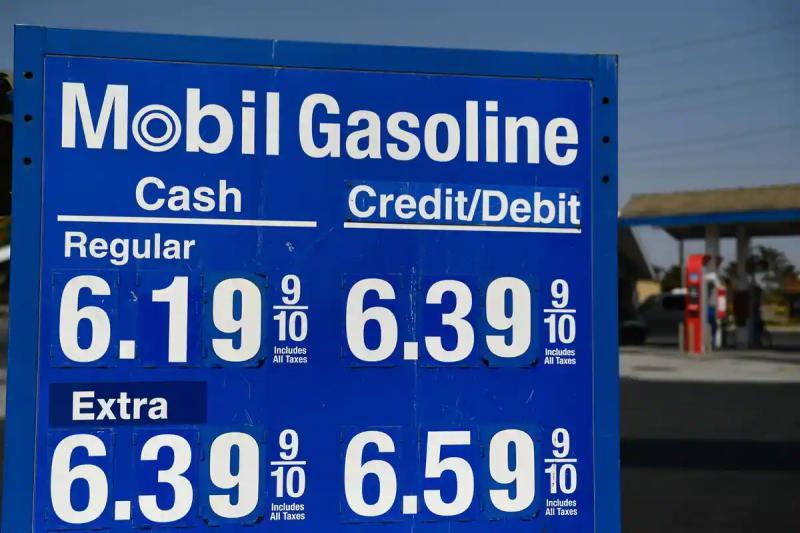 President Joe Biden will ask the US Congress on Wednesday to suspend for three months a federal tax on the prices of gasoline that are soaring and dissatisfying Americans a few months before the midterm elections.

The White House wants to remove a federal tax of 18 cents per gallon (3.78 liters) until September and calls on states, which also tax gasoline at the pump, to do the same, in order “to provide direct relief to American consumers suffering from Putin's price hikes,” senior administration officials said.

The average price of a gallon of gasoline reached a record $5 in the United States ($4.968 on Wednesday), compared to some $3 a year ago, and this surge is reflected in the national economy, driving down the popularity rating of the American president, who enjoys less than 40% favorable opinions.

“The president recognizes the significant challenge that high gas prices pose to working families,” as gasoline costs “climb dramatically across the world, by almost $2 a gallon since Putin has massed his troops on Ukraine's borders,” these officials said.

“The President understands that this gas tax suspension alone will not offset rising costs to which we are witnessing,” they admitted.

“But he believes that at this unique moment when the war in Ukraine is imposing costs on American families, Congress should do what it can. to relieve these families,” they added.

The suspension of this federal tax of 18 cents, as well as the suspension of 24 cents per gallon of diesel during the summer travel season, is expected to cost the highway infrastructure fund some $10 billion, usually financed by these tax levies. . The administration assures that other income can compensate for the shortfall for this fund.

The White House is also calling on states, which also tax gas at the pump in various ways, to temporarily remove their levies or provide compensation mechanisms to motorists. Several states have already done so, such as Connecticut and New York State. On average, states collect 30 cents in taxes per gallon of gasoline.

But analysts say some 46 states have yet to act, including California, where gasoline is taxed the most and the most expensive well over $6 a gallon.

Goal: One dollar less at the pump

In addition to this tax suspension proposal, which is a matter for Congress, there are other potential measures which, according to the White House, could reduce the price of gasoline at the pump by one dollar per gallon.

So President Biden will also urge retailers at gas stations to apply the cut immediately and ask refiners to expand their crude processing capacities.

One dollar less at the pump, “this is not a completely precise count but it is a question of giving an idea of ​​the amplitude of reduction which can be brought if we follow the calls to action of the president “, assured a manager during a conference call.

“This includes calling on Congress, calling on states to remove their taxes or provide equivalent assistance, calling on retailers to quickly pass the cut on to consumers and finally calling on refiners to let them use their record profits to drive down prices and increase refining capacity,” she added.

Energy Secretary Jennifer Granholm is due to meet with refiners on Thursday to urge them to contribute to these measures by increasing their production of refined products in particular.

Faced with soaring gasoline prices, the Biden administration has been trying for several months to weigh on the supply of crude and on the producers.

Rarely, it drew massively, at the rate of one million barrels per day, from the American strategic reserves. The White House has also blacklisted the seven major oil groups including ExxonMobil and Chevron, denouncing “profit margins well above normal” and calling them to “a patriotic duty”.

< p>“Exxon made more money than God this quarter,” the American president recently quipped.