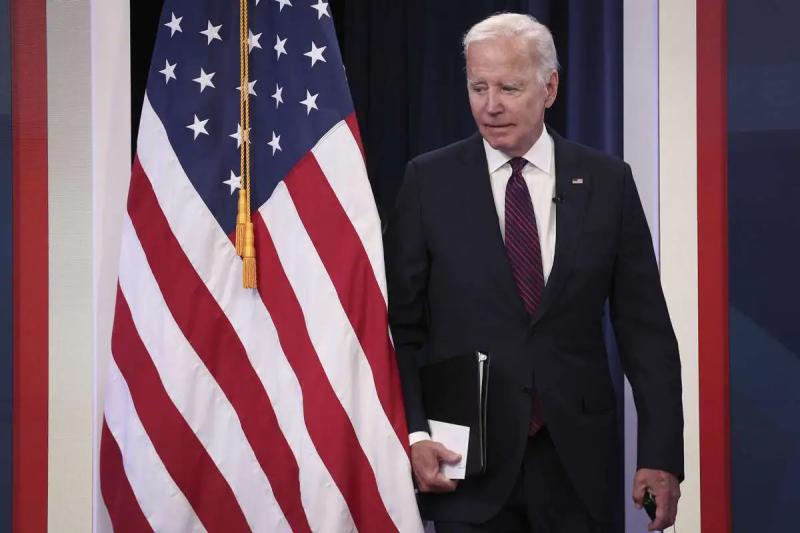 WASHINGTON | A referendum on Donald Trump and his “extremist” ideas, rather than a ballot on Joe Biden and his faults: this is how the American president would like his compatriots to approach the legislative elections scheduled for two months.

The 79-year-old Democrat, still unpopular despite rising polls, often repeats, “Don't compare me to Almighty God, compare me to the alternative.” A way of saying that his shortcomings would be nothing compared to the perils associated with the camp opposite.

This camp is that of his predecessor and his most staunch supporters (“Make America Great Again” , the billionaire's emblematic slogan), which Joe Biden attacked Thursday evening with rare virulence.

In Philadelphia (east), he proclaimed: “Donald Trump and the + Republicans MAGA + (“Make America Great Again”, the emblematic slogan of the billionaire) represent an extremism that threatens the very foundations of our Republic”. Representatives of the radical right “feed on chaos. They do not live in the light of truth, but in the shadow of lies.”

The president, however, assured on Friday that 'it was not targeting all of Donald Trump's voters, more than 74 million people in 2021.

“I don't view every Trump supporter as a threat to democracy,” he told a group of reporters at the White House. “People who voted for Donald Trump and who support him today, they did not vote to attack the Capitol. They didn't vote to overthrow the election.”

Which White House had a heavy hand on the staging: speech at the foot of the building where the American Constitution was adopted, games of blood-red light and deep shadow, and two soldiers in full dress frozen behind the “Commander in leader.”

Some commentators were wondering on Friday, and not just those on conservative channels, about Joe Biden's use of the attributes of the presidency for overtly “political” speech.

White House spokesman Andrew Bates tweeted that “these well-founded warnings are anything but political.” democracy and abortion rights, Joe Biden robs Republicans of their favorite campaign arguments on the economy and crime.

< p>The conservative camp has criticized rhetoric that it says stirs up divisions, and has tried to bring the debate back to these issues.

Some Trumpists have decided to overdo it, such as parliamentarian Marjorie Tayor Greene who broadcast a manipulated video to make Joe Biden look like Adolf Hitler.

For Wendy Schiller-Kalunian, political scientist at Brown University , the Democrats' strategy is not without risk.

The November midterms will decide if they lose both houses of Congress (Senate and House of Representatives), if they save at least the Senate, or if they defy all odds by keeping both.

“The key groups in this election are Republican sympathizers in residential suburbs, and independent voters,” who lean more readily to the right, she said. “If Biden makes everything revolve around Trump (…) it can backfire and encourage this electorate to vote” Republican, warns the professor of public and international affairs.

Samuel Goldman, professor in political science at George Washington University, believes that “undecided voters make decisions based on concrete issues like the economy” and that Joe Biden's priority is rather to “galvanize Democratic sympathizers.”

The Democrat faces the same dilemma as all US presidents: being both head of state and leader of a party.

“Because of ideological polarization, media fragmentation and the decline in confidence in the institutions, it is increasingly difficult to play both roles at the same time”, analyzes the political scientist.