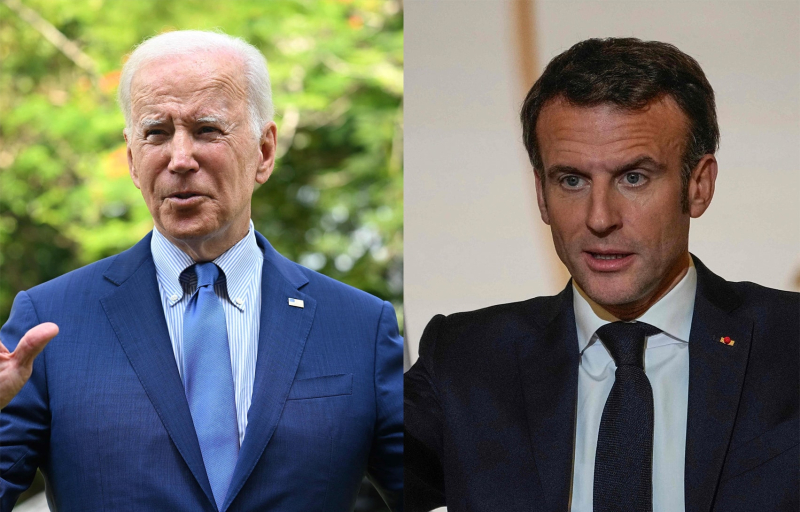 Whenever the leaders of the United States and France meet, it never fails to underscore the age-old friendship between the two nations. Recently, Joe Biden went so far as to call France his oldest ally.

Macron and life after Trump

This Thursday, Emmanuel Macron will be entitled to the first State dinner in Washington since the start of the pandemic.

Struggling with Trump's isolationism, Emmanuel Macron took the lead, presenting himself as a unifier, an ardent defender of multilateralism. There are now significantly more common goals, but the relationship has occasional hiccups.

< p>Upset from the start of the Biden presidency by the cancellation of a lucrative contract to manufacture submarines, Macron was quick to point out that trust, like love, is earned.

By reserving this first state dinner for the President of France, Joe Biden demonstrates that he is serious in his desire to improve a relationship that has been battered for six years. Moreover, he is well aware that a return to the situation that prevailed before Trump's election will not be enough. The world and France's needs have changed.

Among the subjects dear to the French president, we will most likely address the issue of improving the defense capabilities of the European Union and Europe . The French president has already stressed that he does not want to be subservient to NATO.

Another topic of discussion is the extent of US involvement in the Middle East. If Biden has promised American involvement, we are still a long way from the “La Fayette, here we are!”, launched in 1917 when American troops arrived in Europe.

Last part for which I hope for fallout, that of the conflict in Ukraine. For quite some time, the French president has favored dialogue and negotiations, while Biden's rhetoric was much harsher and without nuances.

Whether or not we negotiate a way out of the crisis in Ukraine , the perception of Russia differs greatly depending on the camp in which one finds oneself. For Biden, Putin poses a threat to the security of the United States, while Macron wanted a rapprochement between Russia and the European Union.

Centrist and pragmatic, the two presidents should reach an agreement . If they fail to find the right words, they will only have to turn to their wives, since the two men married… teachers.