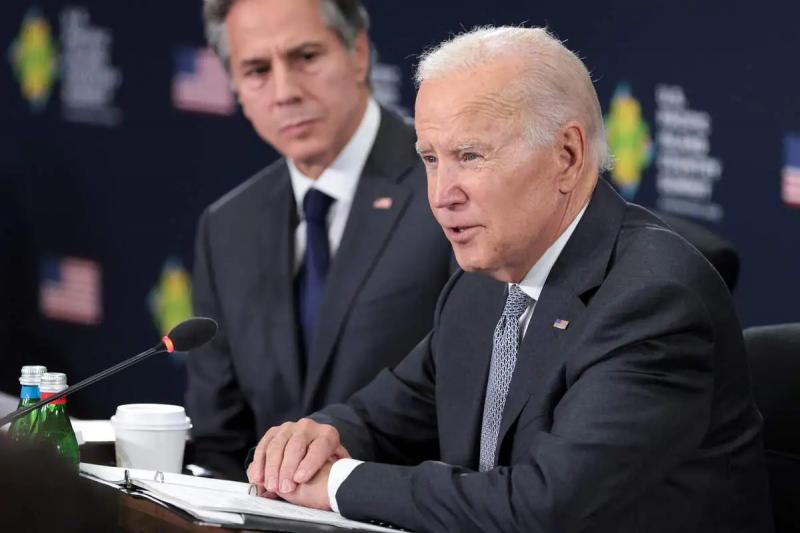 US President Joe Biden on Thursday vowed to “never, ever, ever” recognize the results of the “Russian-orchestrated” referendums in Ukraine.

“I want to be very clear about this: the United States will never, ever, ever recognize Russia's claims to the sovereign territory of Ukraine,” said the American president during a summit in Washington bringing together Pacific Island leaders.

“The so-called referendums were a travesty, an absolute travesty. The results were orchestrated in Moscow,” added President Biden, hailing in passing the “sacrifice” of the Ukrainians to “save their people and maintain the independence of their country”.

Referring to Russian President Vladimir Putin, he further considered that “Russia's aggression in Ukraine, with the aim of pursuing Putin's imperial ambitions, is in flagrant violation of the United Nations Charter and territorial integrity of Ukraine”.

The American president's remarks come at a time when the Russian president is due to formalize in Moscow on Friday the annexation by Russia of four Ukrainian regions, widely denounced by Kyiv and its Western allies.

The Kremlin is due to host a ceremony at 12:00 GMT on Friday at which the annexation of the Ukrainian regions of Donetsk and Lugansk (east) and Kherson and Zaporizhia (south) will be formalized. Vladimir Putin will deliver “a voluminous speech” on this occasion, according to his spokesperson Dmitry Peskov.

Earlier Thursday, US Secretary of State Antony Blinken had also condemned these annexation “referendums”, which are “no more and no less than land seizures”.

“This parody of Kremlin-organised referenda is just a futile attempt to hide what amounts to no more and no less than a another attempt to seize land in Ukraine,” Blinken said in a statement.