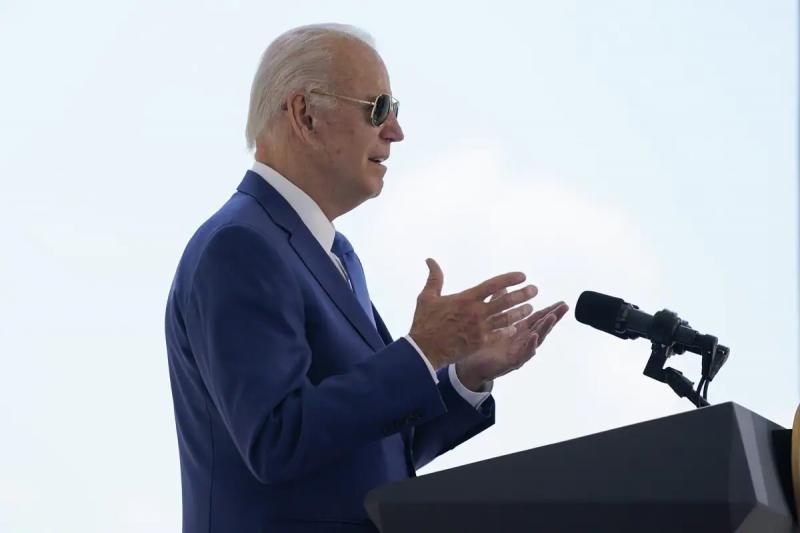 After 18 months of negotiations, the outcome seems close: the American Congress began to debate, on Saturday, a new version of Joe Biden's great social and climate reform, which could offer him a victory size.

“This bill will radically change the game for American households and our economy,” promised the Democratic president, who came to power with immense ambitions to reforms.

This grand plan – the result of many compromises with his party's right wing – includes $370 billion to honor Joe Biden's very ambitious greenhouse gas emissions targets and 64 billion dollars for health.

This investment, the highest ever committed in the United States for the climate, is “historic”, assured the president.

Because, if the United States is affected by deadly floods and devastating fires each year, the climate crisis is well down on the list of concerns of American households, far behind inflation and unemployment.

To ensure that these expenditures win the support of Americans, the Democrats have decided to touch them directly in the wallet: part of these funds will be used to finance tax credits for producers and consumers of wind, solar and and nuclear.

Similarly, several billion dollars in tax credits will be offered to the most polluting industries to assist them in their transition, a measure strongly criticized by the left wing of the party, which had to side with this text, failing to reach a more ambitious agreement after long months of negotiations.

In addition, this envelope must contribute to strengthening the resilience of forests in the face of the monster fires that are ravaging the American West and whose multiplication has been directly attributed to global warming.

The'Inflation Reduction Act, as it is called, aims at the same time to tackle the exorbitant cost of drugs, such as insulin, and to erase thus in part the immense inequalities in access to care in the United States.

“The anguish of people who are unable to pay for life-saving drugs is going to be significantly alleviated,” said Senate Democrat Leader Chuck Schumer.

This major reform would allow for the first time Medicare, a public health insurance system, to directly negotiate the prices of certain drugs with pharmaceutical companies and thus obtain more competitive prices.

Joe Biden's camp vehemently denounces the prohibitive cost of certain treatments, which can be up to ten times more expensive than in other rich countries.

An indignation that is far from being unanimously shared among United States, where some believe that responding to the vagaries of life is a matter of individual foresight in which the State should not interfere.

This major spending plan, popular with Americans according to several polls, is indeed strongly denounced by the Republican opposition, which accuses Joe Biden of throwing oil on the fire of record-breaking inflation.

“The Democrats have already plundered American families once through inflation and their solution now is to plunder them a second time,” lashed out at Senate Republican Leader Mitch McConnell.

But the means of blocking the conservative camp are in fact limited: the Democrats exceptionally only need their votes to adopt the text. The opposition should, however, try to slow down the legislative process by presenting amendments on the chain during the debates, which could extend until late at night.

In parallel with these massive investments, the project of law intends to reduce the public deficit by a new minimum tax of 15% for all companies whose profits exceed one billion dollars. It aims to prevent certain large companies from using the tax loopholes which have allowed them, until now, to pay much less than the theoretical rate.

The text should be submitted to the vote of the senators at the beginning of the week next. After that, he will head to the House of Representatives, where Joe Biden's camp has a narrow majority.

The US president, who desperately needs political success within 100 days of the perilous midterm legislative elections, urges Congress to pass it without delay.