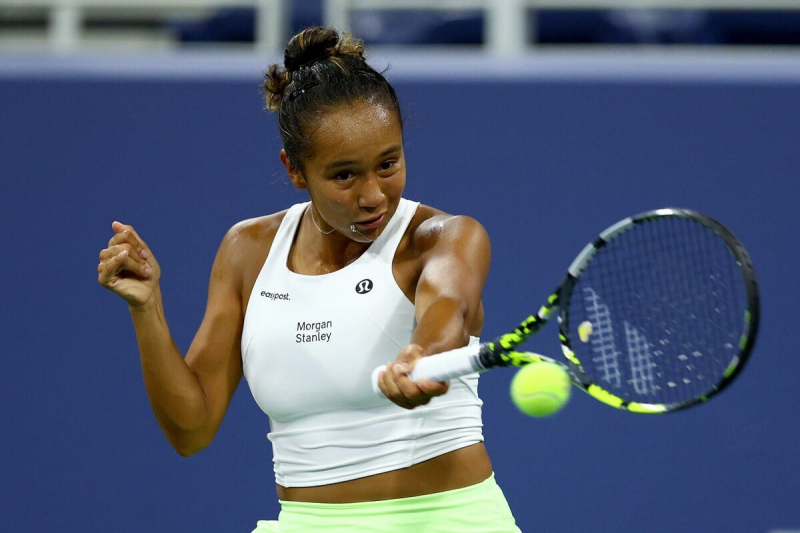 The Quebecer, 40th in the world, first made short work of Martina Trevisan (28th), winning in two identical sets of 6-0 in the second match of the day, which lasted 44 minutes.

Fernandez shone on serve, winning 75% of rallies. She was even more formidable in return, getting her hands on 78% of the points when Trevisan had the balls in hand. This is a nice revenge for Fernandez, who had lost the only other duel between them before. It was in the quarter-finals of the French Open earlier this year.

“I was just trying to take it one game at a time, one point at a time,” Fernandez said on the pitch after his victory. I'm just super happy with the way I played. […] The whole team, all the energy certainly helped. I'm just happy that we got the win!”

Fernandez was back on the court with Gabriela Dabrowski for the doubles match a few minutes later. This time, Luca Bronzetti and Jasmine Paolini went down in straight sets 6-1, unable to avoid the sweep for Italy.

Andreescu did not have the life necessarily easy, winning 78 points against 64 for her 21-year-old opponent. She saved a set point in the first period, closing a 5-2 deficit. In the next set, the winner lost the first two games before coming back strong.

The Canadian had four broken on eight occasions and conceded his serve three times.

“It definitely [energized me],” Fernandez said of the win. Seeing Bianca play, the way she fought to come from behind in both sets and the way she played, it gave me confidence in our team and in myself.”

Duel at the top

Thus, the Maple Leaf defeated rivals who were already in serious trouble. The Italians had escaped their three meetings the day before against the Swiss, which the Canadians will face on Friday. This match will be decisive, since only one nation per group reaches the semi-finals.

“The three players who played [Thursday] showed a great level of play, they played very good tennis, analyzed captain Sylvain Bruneau after the doubles match. And as they said, the support and spirit of the team is very good. The energy is good, we will try to continue [Friday].”

Friday's game will be broadcast on TVA Sports.