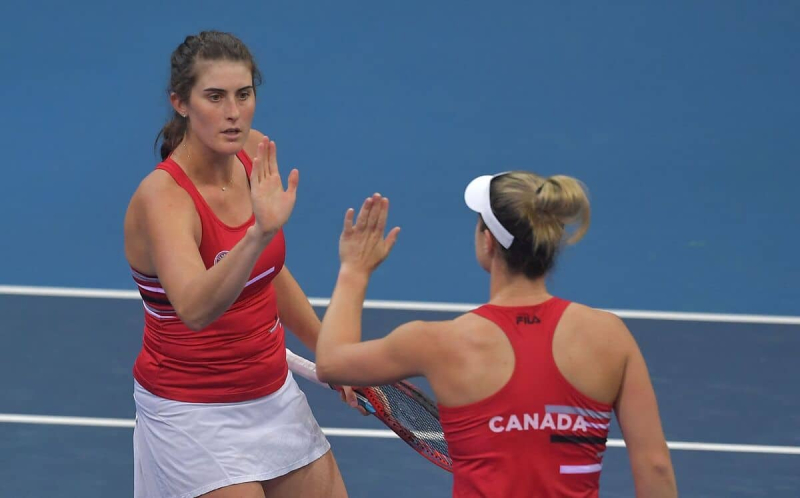 The Billie Jean King Cup, the most important women's tennis tournament between national teams, will return to Canada in Vancouver, where the maple leaf will face Belgium in a qualifying meeting on April 14 and 15 at Pacific Coliseum.

This is the second year in a row that Canada has hosted a qualifier for this competition in the main city of British Columbia. Last April, Canadians Leylah Annie Fernandez, Rebecca Marino, Gabriela Dabrowski, Carol Zhao and Françoise Abanda defeated the Latvians 4-0 in the same place.

Also, the captain of the Canadian team who ranks seventh in the world, Heidi El Tabakh, believes that her players will enjoy the privilege of playing in the country.

“We are delighted to welcome our opponents to Vancouver for this qualifying match,” she said in a press release. We felt the blessings of our fans last year…and we look forward to playing in a arena full of proud Canadians next April. Their support will definitely give us an important advantage in what will be a big challenge, because Belgium are a very talented team. Our goal is to secure a place for the Finals and to fight for the title of world champions.

The composition of the team is not known and will be announced a few weeks before the competition, but the country ranked seventh in the world should count on its best elements like Fernandez and Bianca Andreescu, said Tennis Canada. In 2022, the country took part in the Finals, but could not sneak into the semi-finals, finishing second in their group in the preliminary round.

For their part, their next rivals hold the 14th and their best player, Elise Mertens, is No. 32 on the WTA Tour in singles.

In Vancouver, two singles matches will start the Canada-Belgium clash on April 14 . The next day, three clashes are scheduled, including one in doubles.