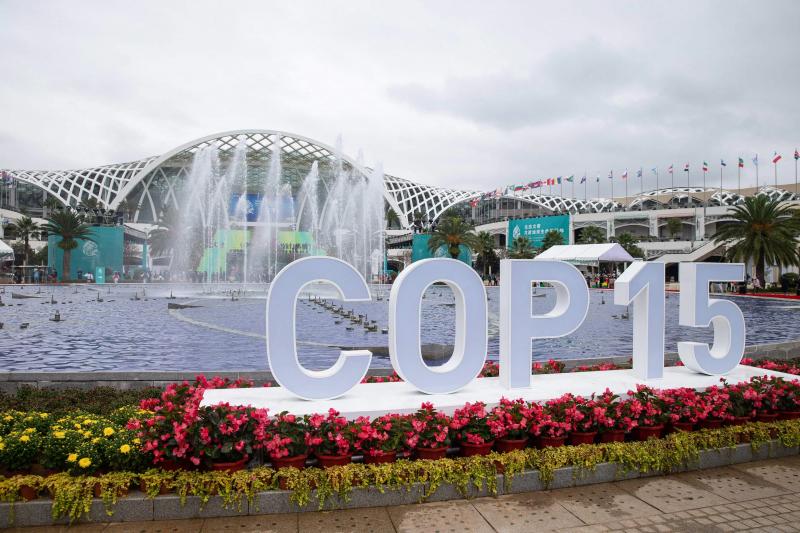 Delegates from around the world met in Nairobi on Tuesday to negotiate an agreement, expected since 2020, to protect nature damaged by human activities. In sight: the COP15 biodiversity which will finally take place in December in Canada more than two years late.

Initially scheduled for October 2020 in China, the COP15 conference has been postponed many times. A first part, formal, was held in Kunming in October 2021. The second, where the negotiations should end, will finally take place from December 5 to 17 in Montreal, headquarters of the CBD secretariat which confirmed the new dates on Tuesday, Beijing's zero Covid policy having made it impossible to hold it in China.

The 196 members of the UN's Convention on Biological Diversity (CBD) – 195 states and the European Union, minus the United States – are working on a global framework to 'live in harmony with nature' by 2050 , with a milestone in 2030.

Time is running out, as states have failed to meet their commitments over the past decade and the degradation of nature, which provides drinking water, air and food , continues at a breakneck pace.

In this text, which some hope is as ambitious as the Paris Agreement for the climate, it is a question of protecting at least 30% of land and oceans by 2030, of reducing plastic and agricultural pollution or even of ensuring the proper implementation of the objectives adopted.

“It is important to increase the protection of nature, the restoration of degraded areas and to avoid further degradation of natural habitats by the development of infrastructures and pollution”, summarizes Linda Krueger of the NGO The Nature Conservancy.

Negotiations started in 2020 were disrupted by COVID-19. Delegates from different countries met for the first time in person last March in Geneva. A fortnight of hard work was not enough and the meeting was set for Nairobi from June 21 to 26, for a final session of discussions before the December COP itself.

The Geneva session resulted in a dense text. Brackets appear on almost every line, which means that the formulations chosen for the moment do not meet with consensus. Entire paragraphs are grayed out because they could not be discussed in detail. Quantified objectives contained in a previous version of the text jumped.

“The Nairobi meeting must answer a simple question: are we going to open COP15 on solid or shaky foundations?” commented to AFP Li Shuo of Greenpeace.

The issue of funding will be at the heart of the debates.

Like what is happening in international climate negotiations, it deeply divides developing and developed countries. At the end of the Geneva meeting, a coalition of countries from Africa, South and Central America created a surprise by requesting “at least 100 billion dollars a year initially, then 700 billion dollars year by 2030 and beyond” to rich countries, sums that are unattainable according to them.

“A key challenge will be to rebuild trust on finances between developed and developing countries”, which are home to a large part of the world's biodiversity, comments Oscar Soria, of the NGO Avaaz, otherwise it will be difficult to agree. on these ambitious goals, he fears.

Many NGOs are advocating for greater recognition of the role of indigenous peoples, whose territories are home to a rich biodiversity.

At the moment when negotiations in Nairobi begin, Maasai leave the Ngorongoro nature reserve in Tanzania as part of a voluntary government relocation program, criticized by human rights activists. “This is exactly what should be avoided” under the new agreement, says Jennifer Corpuz, an indigenous representative from the Philippines.

The new framework must recognize the “major role of young leaders leaders, indigenous peoples and local communities and women in the protection of biodiversity”, insists Kaluki Paul Mutuku, Africa director of Youth4Nature.