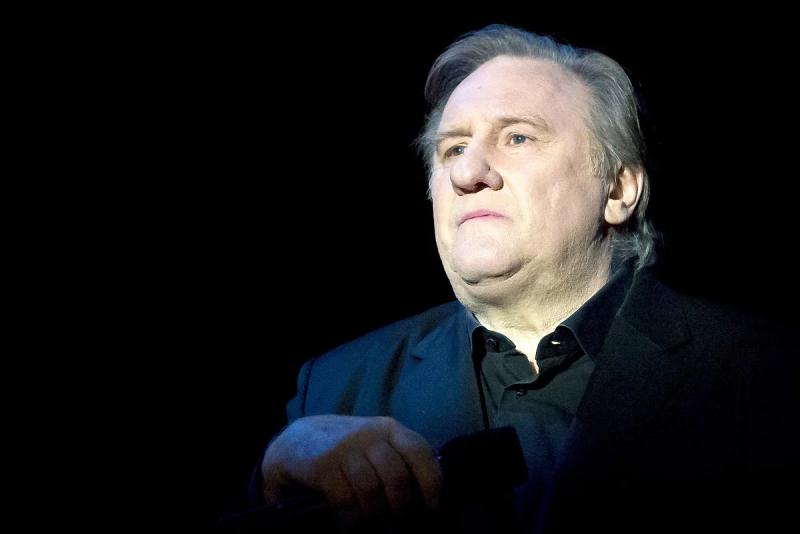 The imposing French actor has lived through dark and bright times. From his cigarette trafficking, to becoming one of these sacred monsters of cinema through his monumental career, Gérard Depardieu remains a personality that is often difficult to pin down. In his new biography, written by Pascal Louvrier, we discover a terribly anxious, even tortured, shy, stubborn and fragile actor at times, but who rushes against all odds.

The wealthy 73-year-old actor who has played in more than 200 films continues to work to always want to exceed his own limits.

Pascal Louvrier is the author of several biographies including Johnny Hallyday, the Rock'n'roll Star , The borderline life of Amy Winehouse and Charles Aznavour.

“He has to turn, otherwise he will fall,” writes author Pascal Louvrier of Depardieu. He needs to be in the movement, and turning would allow him to manage his terrible anxieties.

We better understand this hard work when we know that Gérard Depardieu had a miserable start. Far from being born with a golden spoon in his mouth, he grew up in a one-bedroom apartment with his parents and five siblings in a disadvantaged neighborhood in Châteauroux, France. He spends very little time in school, instead hanging out on the streets choosing to dabble in smuggling alcohol and cigarettes, committing a few thefts, even becoming a bodyguard for prostitutes.

As a teenager, he left school for good, illiterate with a stuttering problem. His father is absent and alcoholic and his mother who did not want this child tried to abort by herself using a knitting pin.

Already, he had to make his way without money to pay for his studies in the theater and moreover with very little self-esteem. He nevertheless managed to convince a drama teacher and director to take him under his wing. It was his great sensitivity that was quickly perceived and earned him his chance.

Nevertheless, he is renowned for crushing others, consciously or not, he has a difficult, sometimes short-tempered personality with serious alcohol problems. His personal life is overflowing with noise. He was charged with rape, sexual harassment and participating in or witnessing rape. Added to this are various problems with the tax authorities. In addition, he has had seven known motorbike or scooter accidents, some of them involving drunk driving.

The death of his son

But all this did not prevent him from becoming a monument of French cinema in addition to acting in the United States and becoming one of the highest paid French actors in the industry.

Although he had an honorable career in the theatre, it was in the cinema that he enjoyed his greatest success.

The actor who is also a singer, director, producer in addition to owning vineyards has not been spared in several respects. One thinks in particular of the death of his son at the age of 37.

Even if the relationship between Gérard and his son Guillaume was often at loggerheads, the father of four children would never have recovered from the death of his son. Following in his father's footsteps, Guillaume had become an actor with a sensitive sensitivity, also inheriting alcohol problems, in addition to episodes of drug addiction. The young man crushed by his father's fame, sentenced to prison for drunk driving, having his leg amputated after a motorcycle accident had publicly claimed that his father was nothing but an upstart incapable of educate his children. It was following pneumonia that he died in 2008.

A Russian citizen since 2013 wishing to escape taxes in France, Gérard Depardieu has several properties elsewhere in the world and s is based in Dubai even if he often returns to the Mediterranean, especially for filming needs.

You can see Gérard Depardieu in his recent film Maigret released in 2022. Winner of numerous Césars for his roles, he has also received several honors including: