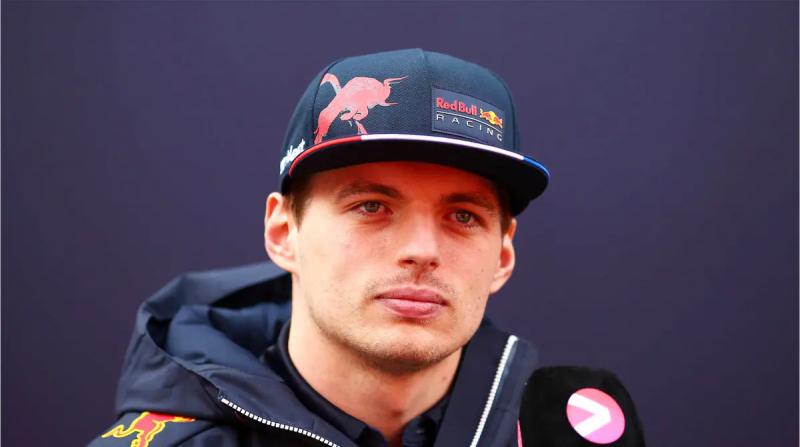 2021 Formula 1 world champion Max Verstappen, soon to be 25, has a bright future ahead of him. Fiery and daring, he is inhabited by an uncommon desire to win. It was the sports journalist, Daniel Ortelli, who investigated the young racing driver in order to co-write with Thomas Woloch a new biography.

< p>Max Verstappen has everything of a real star. With more than nine million subscribers on Instagram, his great looks and his many sponsors, the Dutch pilot, who has become an icon of the international jet set, likes to attract attention. Like a magnet, he moves crowds at every event, as if he was born for the role, no wonder he's been dubbed the new king of F1. Daniel Ortelli < p>Moreover, at the controls of his Red Bull, he won the Canadian Grand Prix in Montreal last June, the first victory of his career on the Gilles-Villeneuve circuit. Moreover, he is the favorite to win the World Grand Prix in November 2022, which would be a second consecutive Formula 1 championship for him.

Nevertheless, Daniel Ortelli, who wrote his book in 83 microchapters of two to four pages, each representing different themes, considers the young champion as a humble type.

“He is a great worker, but he can also be discreet and at the same time very cool”, reveals the author and journalist who has followed the career of Max Verstappen.

It all started very early for Max. Coming from a racing family, his father, Jos Verstappen, also a racing driver, participated in 107 F1 Grands Prix. His mother too, Sophie-Marie Kumpen, was immersed in the world of car racing, a former high-level karting driver, she has several prestigious victories.

From the age of 16 years, she competed and even faced great F1 champions.

With such a heritage, should we be surprised that her father introduced Max to karting when he was only 4 years old?

But it wasn't all served on a silver platter. In this work, which has a very intimate touch, we discover beginnings marked by setbacks, weaknesses and doubts.

By reading this very well documented biography, we easily understands that Max Verstappen, from Belgium, is ready to do anything to win. Above all, he had a good master.

“His father constantly put a lot of pressure on him, explains Daniel Ortelli. They are monsters of work.”

As a teenager, his idol was Lewis Hamilton, his current rival, whom he is about to dethrone.

His qualities no doubt helped him get to where he is, because in many respects he showed patience and extreme perseverance. And he is as determined as he is fiery.

“To this is added the fact of always wanting to do the maximum, even when it is a bit limited, of having no taboos, of not always being politically correct, of trying everything to achieve one's ends and of believe in it until the end”, points out Daniel Ortelli.

Full of talent and great qualities, “it was he who encouraged his team to make the right decisions all the time. In addition, he is as demanding with himself as he is with Red Bull Racing, without ever looking for excuses.

Efforts that pay off

His efforts will pay off. In March 2022, Max Verstappen's contract with Red Bull Racing will increase from 20 to 50 million euros (from 26 to 66 M$) in annual salary and will be extended until 2028. To this are added his personal contracts of sponsorships.

Obviously, his lifestyle is accordingly. Between his large apartment in Monaco with a sea view, his penthouse in Amsterdam offered to his sister and his jetprivate, a Dassault Falcon 900EX paid nearly 10 million euros ($13 million), the figures never cease to stun. But with a personal fortune of 37.5 million euros ($24 million) according to Forbes magazine, that puts things in perspective.

One thing is certain, the champion of F1 has a lot of self-confidence, a prerequisite in his job.

“He assumes everything, including his mistakes, which makes him more and more sympathetic over time”, confides the author .

Finally, Max Verstappen has all the spirit of a winner. Second or third place is not for him, he says he is fighting to find himself on the top step of the podium.

♦ Daniel Ortelli is a sports journalist and has long covered F1 for the AFP news agency.

♦ He has written several books including the biography, Lewis Hamilton, La route du champion, published in 2021.

♦ Thomas Woloch is a journalist by training, a graduate of Laval University. He was AFP's special correspondent for the Formula 1 Grand Prix.