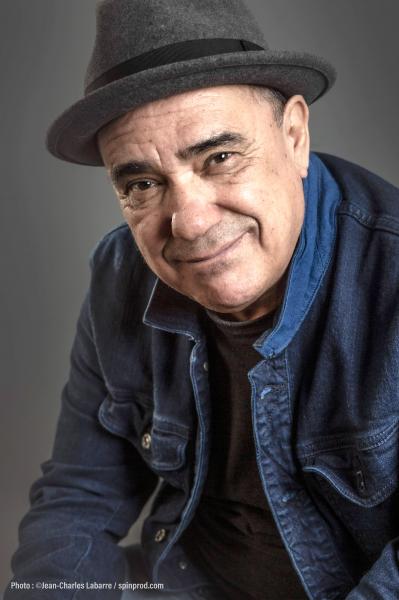 Ardent defender of nature, First Nations ambassador and mentor to young musicians, Innu singer-songwriter Florent Vollant recounts his life, his family, his childhood, his joys, his pitfalls, his successes and difficult bits of life in a must-read book: Ninanimishken – I walk against the wind. Co-written with Justin Kingsley, this moving, sometimes tragic, often amusing story of great wisdom shows the importance of music in his life. And the importance of knowing how to walk against the wind.

Florent Vollant was forcibly sent to boarding school at the age of 5. At 18, he found himself in a prison cell. And just recently, at age 61, in the midst of a pandemic, he was hospitalized following a stroke.

Following this new ordeal, he had to relearn how to walk, talk, and quietly regained the use of his right hand. Gently, very calmly, he talks about this deeply touching book that has taken shape over the months, with the collaboration of Justin Kingsley. An important book that tells it like it is, that raises questions, that ensures that its word will be heard.

“It's very difficult to write a book about yourself. Making a book, telling its story, is something that took a long time. I did not think about it at all, ”explains Florent Vollant, in a telephone interview from his residence in Maliotenam, on the North Shore. He met Justin Kingsley while filming the documentary Chaakapesh with the OSM, a project he was part of.

“I read, but I don't write a lot. I needed someone to write it for me, that's for sure. And someone who has an ability to listen that I respect.”

Opening up and telling one's life, in good and bad times, required a willingness to transmit, an openness and a whole commitment.

“I set up the Mount Royal, in Montreal. I had a microphone around my neck… and I was telling my story. Where I come from. North. My coming here, to the south. In Maliotenam. The music. Kashtin.”

Some bits were rougher to share, he says, but he's glad he did.

“Telling me, it did me good. One of my sons said to me: do it because for you, it will be like therapy. You are going to be in therapy with your life. You will heal yourself by telling the story you lived. […] Music saved me. And that's what I say in the book.”

He is grateful to have had music in his life. “Music allowed me to get through because it allowed me to invent the world. Even if it wasn't the world I had, I could invent it in a song. At that time, it allowed me to escape a little. That's what I still do today: I write a song, I live with it for a while and I'm addicted to it.”

Florent Vollant also talks about reconciliation in the book.

“People can wonder, question themselves in relation to other peoples, other nations. The difference, sometimes, is wealth, too.”

What can we do? “Thinking about the future. Thinking about our children. Tell them the truth. This, for me, is what gives meaning to my life. What I wish for my children, and for everyone, is to find something that we love.”

Florent Vollant assumes that the message contained in the book will be different for everyone. “For me, it's that even against the wind, you can be good. We can be strong. Against the wind, we have things to learn.”

“At boarding school, it's simple, everything is organized as a group.

You don't you're never alone, except when you climb the wall and run away. I ran away twice. Might as well say a getaway with no other destination than returning to my dormitory.

The second time around, I was still very young. I must have been only eight years old. I missed my parents so much.

It was fall, and I did like the others. It was not complicated, escaping from boarding school. I sneaked behind the rink without being seen, I took the woods and went to my house, which was still very close. I entered the house, and my parents were very surprised. They barely asked me what I was doing there. Despite my objections, they insisted that I immediately return to boarding school and complete my studies. That was the only conversation I had with my parents about boarding school. The only one.”