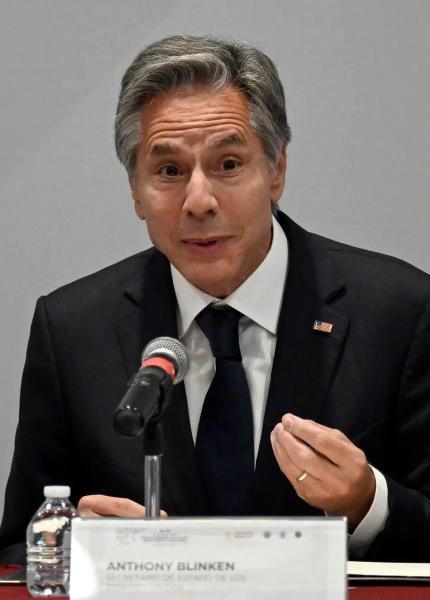 US Secretary of State Antony Blinken said on Monday that it was “too early” to predict the outcome of the Ukrainian army's counteroffensive in northeastern Ukraine against to Russian forces.

“It's too early to say exactly where all of this is going to take us,” Blinken told a news conference in Mexico City. “We are in the early days (of the counter-offensive, editor's note) so I think it would not be good to predict exactly where all this will lead us”.

“The Russians maintain forces very significant in Ukraine, as well as equipment and ammunition,” observed the Secretary of State, on a whirlwind trip to Mexico City for a high-level “US-Mexican economic dialogue”.

“But clearly we have significant progress on the part of the Ukrainians, particularly in the northeast,” said Joe Biden's envoy who was in Kyiv last week.

“Ukrainians are fighting for their homeland and for their future, not the Russians,” he stressed, adding that “we will continue to do what is necessary” to support Ukraine.

Ukraine announced new military successes on Monday, saying it had reached the Russian border and recaptured the equivalent of seven times the area of ​​Kyiv in one month from the Russian army, which responded by bombarding some reconquered areas.

The Ukrainian army had first announced a counter-offensive in the south, before making an advance over the past week flash in the Kharkiv region (north-east).