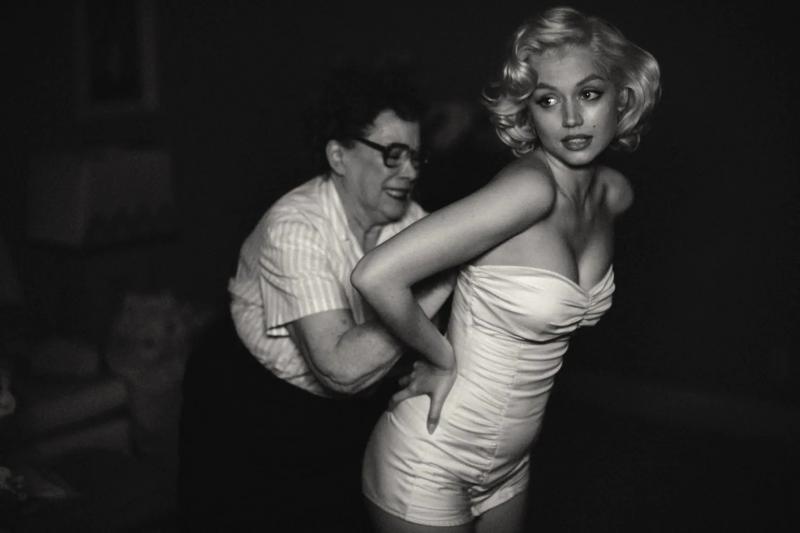 Because “Blonde” is not always a factual reflection on the character of Marilyn Monroe, Ana de Armas can afford to resemble her, sometimes to the extreme. But is it enough?

Norma Jeane, a child (Lily Fisher) in 1930s America. A child whose mother (Julianne Nicholson, fierce) terrorizes her, beats her and is interned. Norma lives with sympathetic neighbors… but not too many. They placed the child in an orphanage.

From the start of her life, Norma Jeane suffered. First, the absence of her unknown father, the madness of her mother, the betrayal of the adults in whom she placed her trust. And it continues. After getting noticed as a model, Marilyn (Ana de Armas) tries her luck in Hollywood. “What an ass”, exclaims this employee. A studio boss does not have the same class. He simply rapes her. Marilyn was born.

Marilyn, under the eye of Andrew Dominik, both director and screenwriter (according to the biographical fiction by Joyce Carol Oates), is a “piece of meat” as she says herself. It only exists for others. And the others are the men, free to exert on her all their impulses, their violence and their venality. The studios first, who pay her $500 a week while her films bring in millions. Joe DiMaggio (Bobby Cannavale, chilling) beats her with a belt before Arthur Miller (Adrien Brody) steals their privacy. And then there is the president (Caspar Phillipson) who forces her to perform oral sex.

For Andrew Dominik, Marilyn is reduced to just a victim who finds a kind of consolation in alcohol and pills. He just refers to his desire to get on the boards of a theater. But not a word about his political commitments to blacks. Not a word about her feminism and even less about the creation of her production house.

But don't let that make you forget the memorable performance of Ana de Armas who perfectly fulfills the order given to her. summer passed.