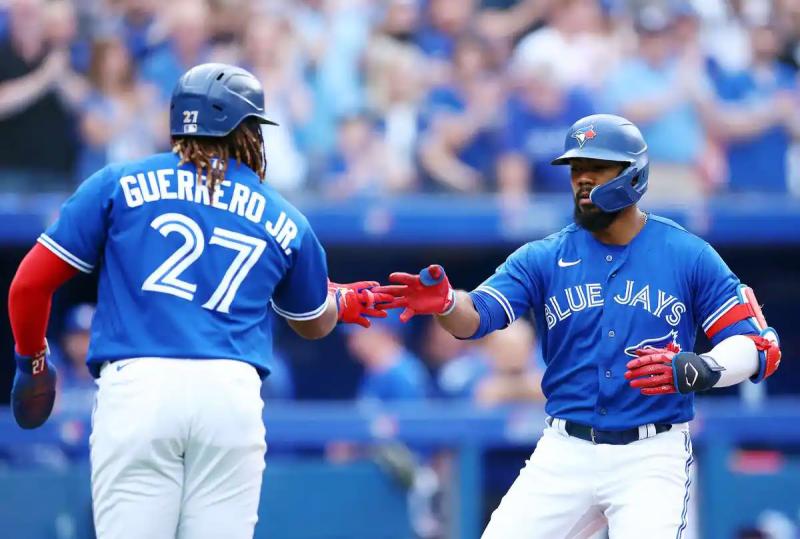 The Toronto Blue Jays gave the Kansas City Royals no chance at Rogers Center on Friday, beating them 8-1.

It was in their third and fifth rounds at bat that the crowd favorites hurt the visitors particularly badly, adding three runs to the board in each of those innings, each time with a three-run long ball.

On the third outing, Teoscar Hernandez gave Toronto fans a boost by sending starting pitcher Zack Greinke (3-6) out of bounds, while Vladimir Guerrero Jr. and Alejandro Kirk were on the trails.

In the fifth inning, it was Matt Chapman who had a field day, on a throw from reliever Carlos Hernandez, while Bo Bichette and Lourdes Gurriel Jr. each occupied a cushion.

Kirk and Raimel Tapia produced the other points for the winners, each time with a single.

On the mound, Alek Manoah (10-4) reached the plateau of 10 wins this season, he who pitched seven innings, passing six opponents in the mitt. He gave up the only run on four hits.

The two teams will continue this series of four games on Saturday, before concluding it the next day.

Sandy Alcantara can't do it all alone

At LoanDepot Park, despite a masterful performance from their starting gunner Sandy Alcantara, the Miami Marlins weren't able to have the best of Philadelphia Phillies, who won 2-1.

The crowd-favorite pitcher was on the mound for eight innings, passing an impressive 12 opponents in the mitt. He is the one who allowed the two opposing runs, on four hits and two walks. Alcantara (9-4) still saw the loss add to his record.

It was in the seventh round that things went wrong for the 26-year-old athlete. After recording the first out, he allowed Rhys Hoskins and Nick Castellanos to hit the trails with a walk and a single, respectively. Then, Daric Hall allowed the first to score with a double, while the second was pinned at home plate on the same play. Hall then completed his own lap after a double from J.T. Realmuto, giving the same shot the lead 2 to 1 to his own.

As for the Marlins, Bryan De La Cruz produced the only point for his team, on a sacrifice fly in the second inning. The home side tried to come back in the ninth inning, filling the bases with just one out, but pitcher Seranthony Dominguez was able to limit the damage and earn his fourth save of the season. The starter Kyle Gibson (5-3) for his part amassed the gain.