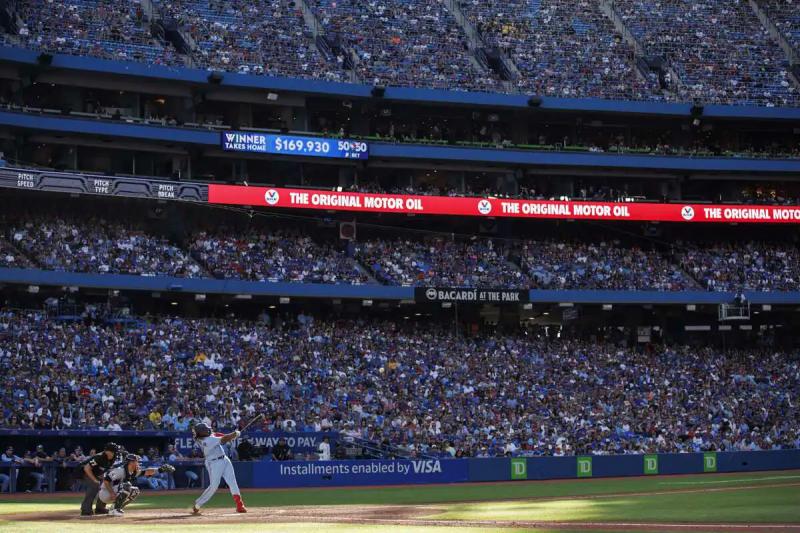 The current four-game series between the Toronto Blue Jays and the Tampa Bay Rays continues through Sunday in Florida, and the showdown could help determine which team gets to play home for the first playoff round.

“It would be fantastic to be at home,” said Blue Jays interim manager John Schneider, quoted on the Blue Jays website. I think there would be nothing better than playing in front of our fans during the playoffs.”

According to the format in place in major league baseball, the various series 2 of 3 involving the Drafted teams will indeed be contested in full, starting October 7, at the home of the team having finished with the best record in the standings.

Manoah at the mound

The Blue Jays and the Rays, who could face each other at this stage, have every interest in winning this weekend. On Saturday, the Toronto team should bet on starter Alek Manoah (14-7) at the mound. Sunday, the challenge promises to be tougher as Ross Stripling (8-4) will face the excellent Shane McClanahan.

Of course, the dice aren't cast yet as the Seattle Mariners keep pushing. The Jays have their fate in their hands, especially if they hope to play at Rogers Center during the playoffs. To do that, they need to edge out the Rays and Mariners in the standings. As will be the case during the playoffs, however, the players must do their job, especially the pitchers.

In the first game of the current series of four games at Tropicana Field, the Blue Jays couldn't come out after a bad outing from Jose Berrios. In just two innings, he allowed six earned runs while throwing 74 shots.

“It was a tough night for him,” Schneider said. He had trouble getting the opponent out and several foul balls increased his pitch count. I think it was just a tough day.”

All the more reason for the Blue Jays to roll up their sleeves to ensure they finish with the best record among clubs drafted in the American League.