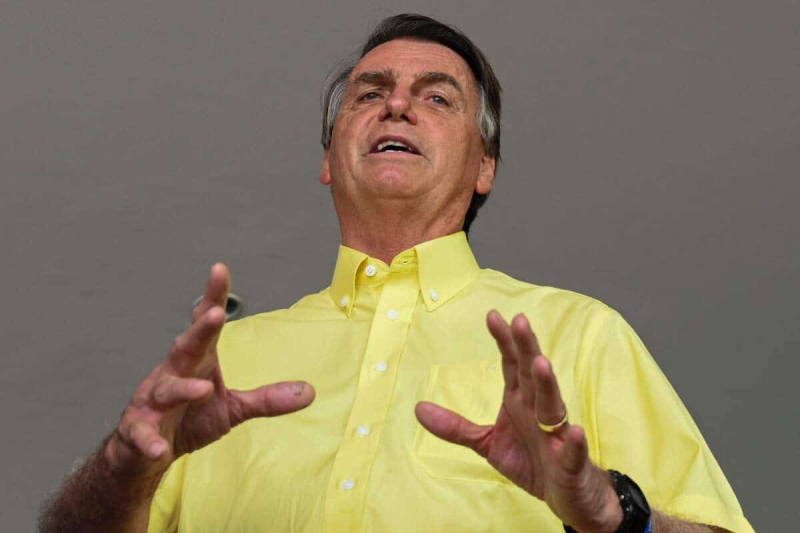 Former Brazilian leader Jair Bolsonaro has asked the electoral court not to take into account, in its investigation into the October presidential campaign, the draft decree which could have allowed the cancellation of the ballot found at home of a former minister.

The document dated 2022 “has never been published and was not going to be”, assures the defense of the former far-right president in a response sent Thursday to the electoral justice.

She argues that the document “is apocryphal, has never left the private residence of others, has not been published or made public (…) has never passed the stage of cogitation”.

The Supreme Electoral Tribunal is investigating whether the former president abused power during the October presidential campaign.

He had given Mr. Bolsonaro three days to explain himself on the document that the police found at his former Minister of Justice, Anderson Torres.

Jair Bolsonaro never digested his electoral defeat, after being beaten to the wire by the new socialist president Luiz Inacio Lula da Silva.

The document provided for the federal government to take control of the Superior Electoral Tribunal (TSE), which oversees the smooth running of the ballot, “to ensure the preservation and restoration of transparency, and to approve the regularity of the electoral process of the presidential election of 2022”.

A measure considered unconstitutional by many jurists. In practice, the intention would have been to annul the election of Lula.

The document is not dated, but the name of Jair Bolsonaro is at the bottom of the page, in a space provided for his signature.

He was found at the home of Anderson Torres, who was arrested and is being investigated for his alleged connection to the January 8 insurrection attempt in Brasilia , by radical supporters of the former president.

The current Minister of Justice, Flavio Dino, considered last week that the draft presidential decree was “a link in the chain with a view to 'a coup' and that it showed 'the true objective of the events of January 8'.

Jair Bolsonaro, who has been in the United States since December 30, two days before the end of his mandate, is also the subject of an investigation for the riots in Brasilia, of which he denies any involvement.