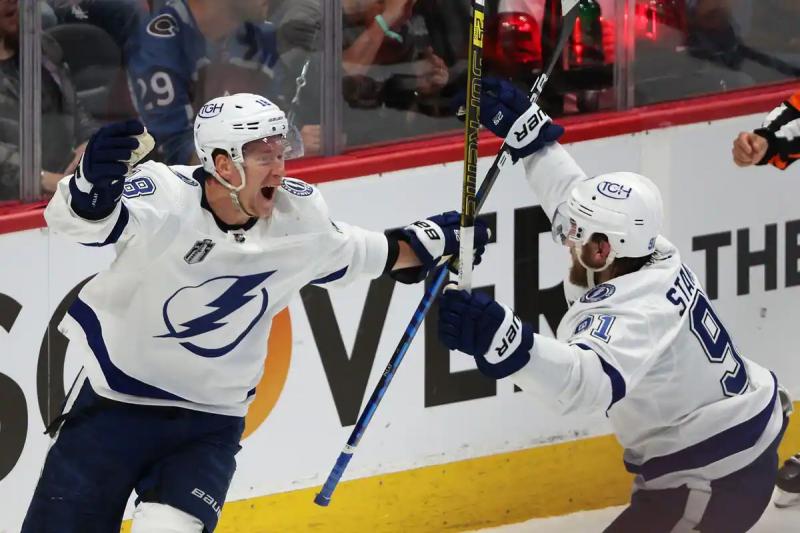 The Tampa Bay Lightning were hot, but managed to force a Game 6 in the Stanley Cup Finals by beating the Colorado Avalanche 3-2 on Friday in Denver.< /strong>

Ondrej Palat played heroes for the third time since the start of the spring tournament, late in the third period. Victor Hedman delivered a skillful drop to the Czech striker when he had been forgotten in front of the net, allowing him to outsmart Darcy Kuemper between the pads.

A penalty for sending too many men on the ice then slowed down the Avalanche's enthusiasm at the end of the duel.

The “Avs” and the “Bolts” delivered a show that exceeded the expectations of National Hockey League fans. Packed with action, the game was played on a tightrope.

Cale Makar brought both teams back to square one in the third period. His shot from the point could not be controlled by Andrei Vasilevskiy and the allowed return shot ricocheted off the skate of defender Erik Cernak.

Earlier in the game, the “Avs” had hit the mark for the first time in very similar circumstances. Valeri Nichushkin took advantage of a generous rebound from Makar's attempt to score his fourth goal of the final.

Vasilevskiy still lived up to his reputation by making 36 saves in a match where his team were up against the wall. He was helped, however, by his teammates, who cheated Kuemper three times on 29 shots.

After watching defenseman Josh Manson block two of his shot attempts in quick succession, captain Steven Stamkos changed power play strategy, in the second period. He spotted Nikita Kucherov on the blue line, who took advantage of a screen from Corey Perry to beat Kuemper with a hard slap shot.

Czech fullback Jan Rutta threw a cold shower on the Ball Arena midway through the first period by opening the scoring. He surprised Kuemper with a quick shot, while no one blocked the view of the Canadian goalkeeper.

The sixth game of the final will take place on Sunday, in Tampa.