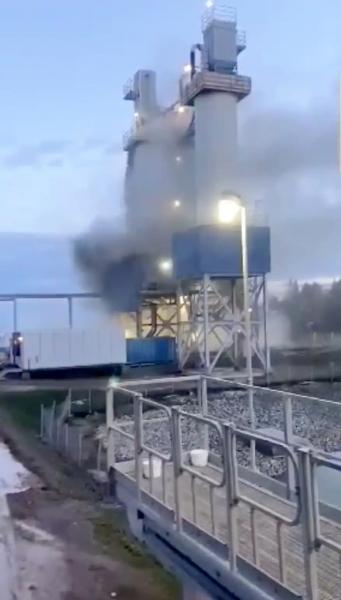 The McInnis cement plant minimized the sticky dust problems with the environmental monitoring committee, to the point of shaking the latter's confidence in the company.

This committee, made up of organizations and citizens, monitors the environmental commitments of the cement plant, which undertakes to provide it with all the necessary information.

Last week's publication of a notice from the Ministry of the Environment in which he threatens to use an order to force the Gaspé factory to respect the law took the committee aback.

“ Today, we realize that the explanations that we gave to the committee were quite understated,” laments Caroline Duchesne, director of the Environmental Council of Gaspésie and the Islands, member of the committee.

“We were fooled a bit, we weren't really clear, direct and frank,” she continues. The environmental committee is losing confidence. With the episodes of dust and the change of owner, we are moving away. »

Since December 2021, the Port-Daniel-Gascons plant has been operated by Ciment St-Marys, a subsidiary of the Brazilian giant Votorantim Cimentos.

The first episodes of clinker and cement dust were revealed by Le Journal in the summer 2020.

“ The whole committee had been shaken to learn it in the newspaper  ;”, says Ms. Duchesne.

In the notice from the ministry, we learn that there were 10 equipment breakdowns between August 2020 and September 2021. For the past two years, we have 80 reports and 11 complaints for air quality. The factory received five notices of non-compliance, and the ministry has been investigating ever since.

“The company told us that the breaks were not in the same places, that there was a break-in and learning process, so we gave the rider a chance,” says Caroline Duchesne. They said everything would be fixed and that about toxicity, it was never serious. »

January, the company promised the committee to release air quality data, but that still hasn't been done, contributing to undermining trust.

“We are here to help them and not to gild their image. If we realize that we are there just for appearances, we will withdraw, says Ms. Deschesne. But we don't want to let go so quickly, because what we are doing is beneficial for the region. »

WHAT IS THIS COMMITTEE?

The environmental monitoring committee was created in 2015 on the sidelines of a legal appeal. It is composed of: