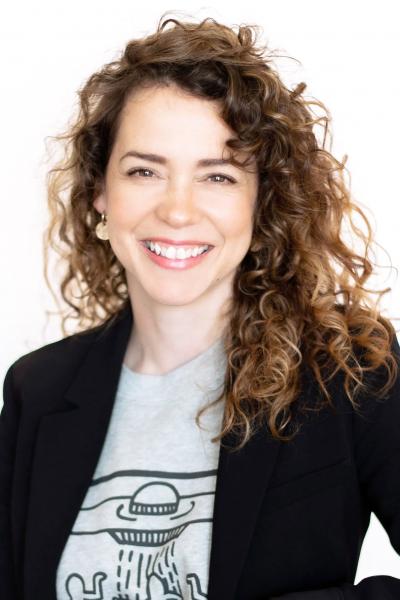 Mélissa Perron, the delightful writer who gave us Promise me a spring and Beautiful as the river, returns this fall with a moving novel that speaks of the immense healing power of art, According to the Perseids. Fabienne, her main character, has been living for three years in the duplex left to her by her mother, on the banks of the river. Everything seems to be going well, but… something is eating away at her more and more and the storm is rumbling.

Everything changes in Fabienne's life when a new patient arrives at the palliative care home where she works, the Maison du Sentier. She presents artistic workshops to patients, who explore different themes at their own pace and then translate them in their own way, into words or drawings. Art does them good.

Fabienne nevertheless has to adapt to a lot of new things when her aunt Claire, the last living member of her family, moves into the ground floor of her duplex. For Fabienne, many things are happening at the same time. Too much, perhaps.

Mélissa Perron, an accomplished artist who has been painting porcelain for ten years and signs the magnificent Rizada creations, has chosen to put art at the forefront in this novel.

Her writing is comforting: she speaks of difficult topics, such as palliative care, with great gentleness. A “doudou” writing.

“After Promise me a spring, I had put a point and for me, it was over. But people got very attached to Fabienne and said to me: you can't leave us like that! We want to know what's happening! That's why there was more time between Promise me a spring and Beautiful as the river“, she explains. The characters return, but Mélissa Perron does not see her novels as a series.

In Au gré des Perséides, she tackles the theme of secrets.

“Everyone is directly affected. There are secrets that we keep, others that ruin our lives. »

It also speaks of benevolence towards others, of the need to be tolerant with the limitations and pains of others.

“In a palliative care home, not everyone has the same path to illness. There are some who die in criss, others who have cleaned up. There are also people who work there: they work with people who are going to leave. It's a big gift to do that. »

Mélissa Perron is herself linked to the Maison Victor-Gadbois, where her father died when he was 41 years old. Her age. “When I was 12, he had massive bone cancer. He was one of the first patients in this house. Usually, people stay there for about 18 days and he stayed for 59 days. »

“When I was in sixth grade, I spent part of those two months there. I was going from room to room, I was going to chat, I was going to draw pictures. It really marked me, in a positive way because I grew up all of a sudden.

“I saw life in a different way. It forges you. There are conversations I had with these people that I will never forget. It was certain, she adds, that she had to write about art therapy. “I was drawing and it was good for people. »

“In DesMonts, my job was to paint for patients at the Maison du Sentier. In Saint-Auguste, I also accompanied them, with their family, as part of an art and writing course. Every morning, while running on the beach with my dog ​​Van Gogh, I chose the theme that I was going to explore with them. They had the choice to deepen it in words or in colors.

The Maison des Oiseaux workshop was a magnificent place overlooking the river. When I looked at the plans and saw that we wanted to build it in the part near the road, I asked that the whole team hold an emergency meeting.