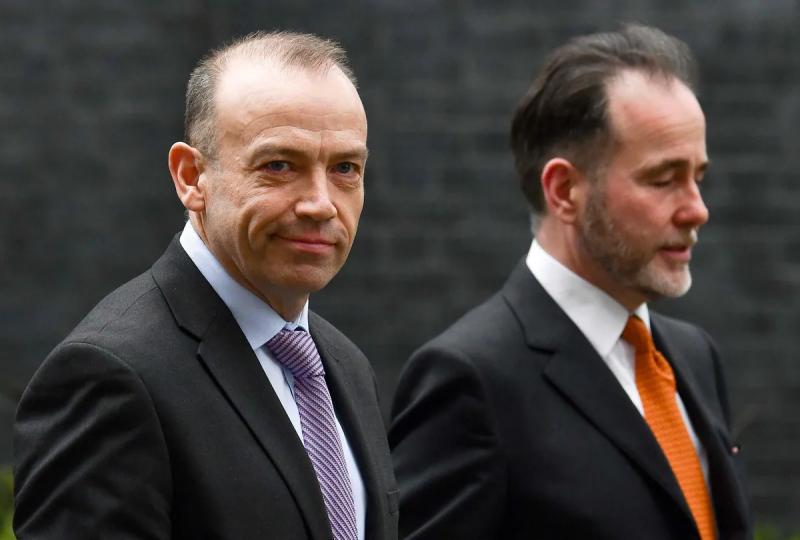 In a resignation letter dated Thursday, Deputy Chief Whip Chris Pincher acknowledges having “drank way too much” and apologizes for ” shamed, (him) and others”.

According to several British media, the 52-year-old Conservative elected official touched two men, including an MP, in a private club in central London, the Carlton Club, on Wednesday evening, resulting in complaints to the Conservative Party. < /p>

While he has resigned as Deputy Chief Whip, Chris Pincher remains an MP, sparking calls for him to be expelled from the party and for an internal investigation.

“It is out of the question for the Tories to ignore a possible sexual assault,” tweeted Angela Rayner, number 2 of the main opposition Labor Party.

“Boris Johnson must now say how Chris Pincher can remain a Conservative MP,” she added, lamenting a “total degradation in the standards of public life” under the Prime Minister.

Appointed in February, Chris Pincher had already resigned as “junior whip” in 2017, accused of having made sexual advances to an Olympic athlete and potential Conservative candidate in the elections.

This case is added an embarrassing series of other sex-related cases for the ruling party in recent months.

An unnamed MP on suspicion of rape was arrested and released on bail in mid-May, a another resigned in April for watching pornography in the House on his cell phone in April, and a former MP was sentenced in May to 18 months in prison for the sexual assault of a 15-year-old boy.

Boris Johnson's government has also been rocked by scandals like Downing Street parties despite COVID-19 restrictions during the pandemic, which saw the leader face a ban. vote of no confidence by his own side, which he narrowly survived.

He already paid dearly for these cases at the polls, the conservatives having been sharply beaten in two by-elections in June.