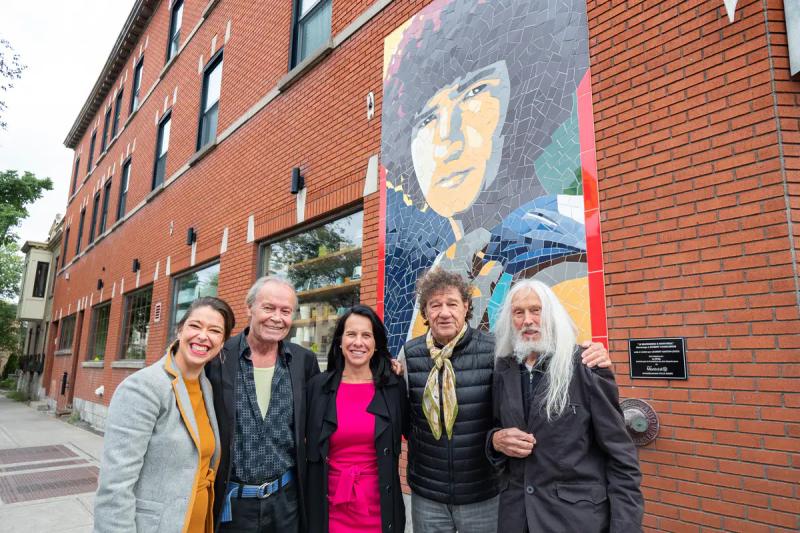 Robert Charlebois' famous song “I'll be back in Montreal” inspired artist Laurent Gascon, who created a mural honoring this monument to Quebec song.

< p>The mural was named “I will come back to Montreal”, a nod to one of the 78-year-old artist's most famous pieces. His repertoire also includes singles such as “Lindberg”, “The wings of an angel”, “Between two joints” and “Ordinary”, to name only these few hits.

Installed at the corner of the ave Papineau and rue Ontario Est, an artery where you can admire 14 other murals by Mr. Gascon, the work illustrating Mr. Charlebois is added to those of artists Gerry Boulet, Paul Buissonneau, Renée Claude, Yvon Deschamps , Diane Dufresne, Robert Gravel, Pauline Julien, La Bolduc, Plume Latraverse, Raymond Lévesque, Marjo, Janine Sutto and Gilles Vigneault. The City of Montreal wishes to develop a cultural district that extends into Hochelaga-Maisonneuve.

Robert Charlebois was born on June 25, 1944 in Montreal. Author-composer, musician, performer and businessman, he has held a prominent place in Quebec's artistic firmament for 60 years, having made his debut in the spotlight in 1962, opening for Félix Leclerc at La Butte à Mathieu, a Val-David song box, in the Laurentians.

Robert Charlebois is once again on stage with his show “Robert en CharleboisScope”, which will be presented at the Grand Théâtre de Québec in November and December.< /p>