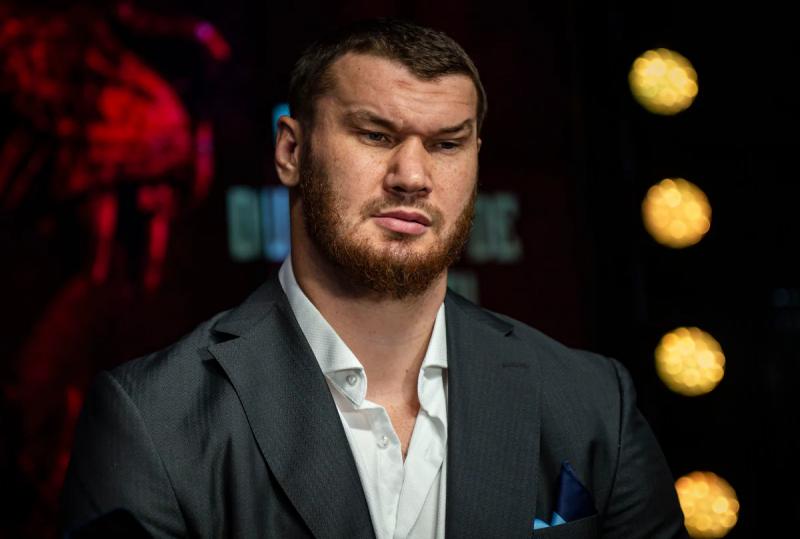 Despite the unexpected addition of the WBC Silver belt to the stakes of his next fight, Arslanbek Makhmudov is absolutely not changing his mentality. The heavyweight will be aiming for nothing less than a massacre when he takes on Frenchman Carlos Takam on Friday at the Casino de Montreal.

A few days before a clash that could to add a prestigious title to the NABF and NABO titles he already possesses, the 33-year-old Russian showed no signs of further excitement or jitters.

The protege of Eye of the Tiger Management (EOTTM) prefers to see in this decision of the World Boxing Council (WBC) a recognition of his work and of course of his flawless professional career so far.

“ I don't feel any pressure because I believe I deserve this belt, explained the man of few words on Tuesday at a press conference. It's an important title for me, but I'm just doing my job. I want to be the best, to fight against the best.”

Makhmudov (14-0, 14 KOs) has never been the type of boxer to adapt to his rivals from fight to fight. So, expect to see the same punching power that allowed him to keep a perfect record.

“My goal is to destroy everyone. I don't care who fights me. He's a good guy – thanks for coming – but in the ring I'm going for the destruction. It's my way of doing it.”

Despite the sometimes confusing calm of the principal concerned, this belt will certainly have repercussions on his progress. EOTTM expected its heavyweight to fight for it one day or another, but we do not hide the fact that we expected it a little later.

“Arslanbek burns the stages,” rejoiced General Manager Antonin Décarie. When we got the confirmation on Friday that he was going to fight for the WBC Silver title, I had a hard time believing it to be perfectly honest. But it shows that the sanctioning bodies see him as a high-level prospect.”

Having recently partnered with Top Rank to manage Makhmudov's career and ESPN to broadcast the fights, EOTTM President Camille Estephan believes the outcome of this fight will be key to what comes next.

“This fight is very important for us. It puts the second world position at stake. Perhaps the first even. […] It guarantees us to be a player in the big fights. Is it in three months, six months, nine months, we don't know,” analyzed Estephan.

Alexandre Gaumont (4-0, 2 K.-O.) will ultimately not be on the card since he has contracted COVID-19. The card therefore goes from seven to six fights. Since he lives in Gatineau and hasn't rubbed shoulders with the other boxers in the stable recently, there is no fear of contagion.

No new fiasco to be expected

Boxing fans will have another opportunity to see a French heavyweight in action on Friday at the Casino de Montréal. But this time, the fight should indeed take place.

Carlos Takam (39-6-1, 28 KOs) saw what his compatriot Newfel did Ouatah, last Friday. He saw him drop to one knee and raise his fist before his fight against Simon Kean even started. When Takam learned that it was in protest against the French Boxing Federation, however, he reassured many people with a few words.

“I am not affiliated with the French Federation,” he said at a press conference on Tuesday.

Takam has indeed been based in Las Vegas for a few years and is therefore sanctioned by the Commission Nevada Athletic. Eye of the Tiger Management (EOTTM), like the Régie des alcools, des courses et des jeux, have of course carried out the usual checks twice rather than once.

In Takam, Arslanbek Makhmudov will not have an easy client. The 41-year-old athlete from Cameroon has already rubbed shoulders with several big names in the category, notably facing Anthony Joshua in a fight for the WBA, IBF and IBO belts in 2017. He has already held the WBC Silver title.< /p>

While it has been difficult to find opponents to face Makhmudov recently, Takam has never been asked to pray.

“A boxer who is afraid in a ring is not really a boxer. […] If I had been told he was a murderer, I would have been afraid of him, but he is not a murderer, imagined the sympathetic pugilist. It is true that he is young and powerful, but I have never been afraid of anyone. I made a world championship with 10 days of preparation, so why not accept this fight?

Repeatedly questioned about his opponent's strike force , Takam couldn't hold back a few laughs when a reporter compared Makhmudov to a juggernaut. He also revealed part of his game plan, reaffirming in passing his desire to win.

“I see that he impresses you a lot, sir! It's very funny, he laughed. He hits hard if you stay in front of him. That's for sure. If you're constantly on the move, he won't have the same moving power.

“I always fight with the spirit of winning,” he warned. I'm going there to win this fight, no matter what.”