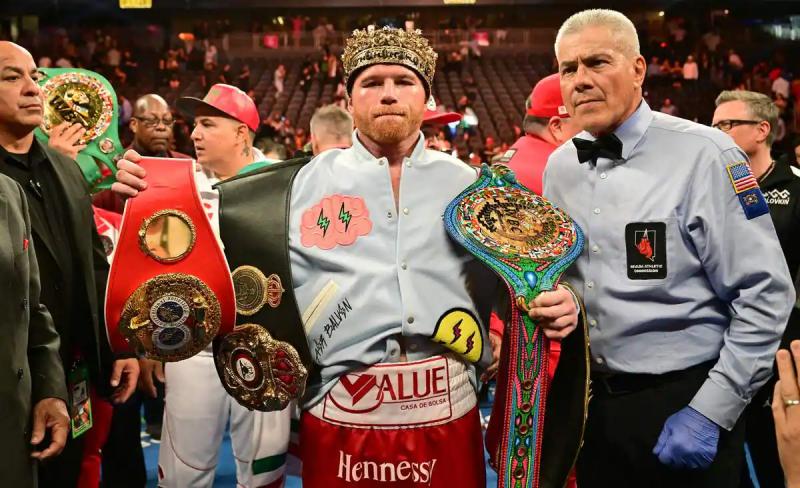 This second victory of the 32-year-old Mexican over the 40-year-old Kazakh suffered no dispute, unlike the first in September 2018 and the draw conceded a year earlier, two results which had caused controversy , many observers and specialists believing that he should have been designated the loser.

If he was logically given the winner by the three judges (116-112, 115-113, 115-113), a tight gap very difficult to justify given the domination of Canelo, it was on the other hand at the end of a very dull confrontation compared to the two previous ones, which have become classics of the genre over time.

The fact is that, without demerit, Golovkin woke up too late in this one-sided fight during the first eight rounds, cruelly looking his age. A key parameter that made doubt – rightly – of his ability to hold the shock and the distance against Canelo.

He finally succeeded by not going to the mat, despite some violent hooks from the Mexican, from the left in the 3rd round and from the right in the 5th, who marked, as if with an iron, both sides of his forehead. His resistance will for too long have been matched only by his inability to let go of his own blows.

But since Canelo did not seem to have the KO in the gloves, it gave Golovkin a reprieve who finally fought back in the last four rounds, managing to touch his rival with his famous right which hurt those who attacked him so much. met full face, but not this time.

Because Canelo, like him, has never gone to the mat in his career and, despite manifest fatigue, he was able to control this vain last stand until the end.

Alvarez, who now has 58 wins (including 39 or 40 before the limit, 2 draws, 2 losses) keeps his WBA, WBC, WBO and IBF titles at the same time, for this fight which restores his image.

Because he remained on a defeat in May – the second of his career after that of 2014 against Floyd Mayweather -, during a failed return to light heavyweight, against Dmitry Bivol. Stronger, more powerful, the Russian, WBC champion, had beaten him on points by unanimous decision.

Also a new consecutive setback would have damaged his reputation as much as his status, he who has since been considered several years as one of the best boxers in all categories.

If the hour of decline has not yet come for the fighter from Guadalajara, it could well have come for Golovkin, for whom this confrontation has perhaps was one too many.

He had assured that age was not a problem, that his punch was intact, that experience made him a better boxer, but he did not nothing happened. However, he remains the holder of the WBA and IBF middleweight titles.