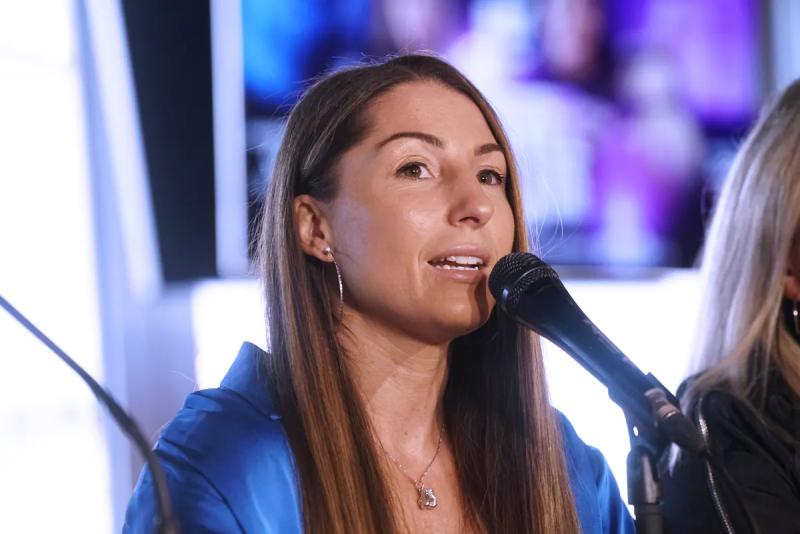 LAVAL – World champion, Quebec boxer Kim Clavel will not fight at the casino this time, but that does not prevent her from going there with a “double or nothing” on December 1 at Place Bell in Laval, facing the Mexican Yesica Nery Plata in a unification fight for the WBC and WBA titles.

“Of course we are still far from there, but it is something that is being built, reacted Clavel, on the sidelines of a press conference held Friday in Laval, immediately citing the examples of boxers Claressa Shields, Katie Taylor and Amanda Serrano among role models. If we continue to shine each on our side, we could have very valuable fights in two or three years.”

“Just if I make $1 million in my career, I would be satisfied, but we are talking about maybe having a fight for $1 million one day,” projected the Quebec boxer, who however insists that the money does not was ever his main motivation.

Anyway, to consider such a lucrative scenario, Clavel (16-0-0, 3 KOs) knows that the unification fight with Plata (28-2-0, 3 KOs .), WBA light flyweight champion, is of paramount importance. We can speak of a risky bet, the Mexican being considered the sixth best boxer in the world pound for pound by the independent organization Boxrec.com, compared to 21st place for Clavel.

In the event of a defeat…

28-year-old Plata won her world title on March 11 in Panama, beating the great champion Yesica Bopp (37-2-0, 17 K.- O.). It happened a few months before the conquest of the WBC crown by Clavel, on July 29 in Montreal, against Yesenia Gomez.

GYM could very well have offered an optional defense to the Quebecer before arriving at this unification fight, but as the expression goes, “time is money”.

< p> “It was super exciting to have this surprise, admitted Danielle Bouchard, Clavel's coach. It's very exciting, but it's a double or nothing. We have two champions who have brand new belts and we decide to put it all on the line. It takes two determined girls to get there.”

“We do not burn stages, it is made there, persisted Michel. If it's a loss, it's not the end of the world. We will be able to continue and bring her back. And if she wins, we will have just accelerated the pace a little, because she will find herself among the pound-for-pound elite of women's boxing. The risk is worth it.”

“There are always risks,” Clavel said. She is a real champion, she has just dethroned a legend. But you have to take risks in life and that's how you write history.”

It's also how you get the chance to become the first female millionaire boxer in Canada.

“When you leave butter on the table for too long, it melts. Me, I want him to stay firm”, finally imaged the boxer, refusing to believe that this challenge comes too quickly.

– A rematch between Kim Clavel and Yesenia Gomez remains a possible option in the future, but this fight could take place in 2023, especially if the Quebecer beats Yesica Nery Plata.

< h3>Unheard of for the opponent

LAVAL – In her first 30 professional fights, Yesica Nery Plata fought 29 times at home in Mexico, then once in Panama, where she became world champion last March. By her own admission, she will take another step in her career, on December 1 at Place Bell in Laval, in a unification fight opposing her to Kim Clavel which, it is hoped, could attract around 5,000 spectators.

“It's the biggest place where I'm going to fight since the beginning of my career,” Plata said on Friday when she virtually participated in the press conference surrounding the 'event. I know I'm coming to Kim's, but when I show up somewhere else, I always feel welcome. I'm not worried about that.”

“Like Kim, this is going to be my first fight after winning my world title,” she added. I have confidence to win this fight.”

As for Clavel, she is hopeful of winning in front of her supporters, but she does not necessarily believe she will benefit from the presence of the Mexican in a less familiar environment.

One thing is certain, Clavel intends to do his own homework, having already started his training camp earlier this week in Montreal. This is the second time that the Quebecer will be in the main event in an event presented in a large amphitheater, after her presence at the IGA Stadium, in August 2021, when she defeated Maria Vargas.

“My debut professionals were at Place Bell five years ago, and I won my [NABF] belt at the Bell Center [in December 2019], but it was still on the undercard, summarized Clavel. Now is the time when, in the final, I will be in such a big amphitheater. The pressure is a little more there, but it's not a first for me to fight in a large amphitheater either.”

– Marie-Pier Houle, Derek Pomerleau, Caroline Veyre and Eric Basran some of the other boxers who will be in action at the December 1 gala at Place Bell. The semi-final, a men's bout, will be announced soon.