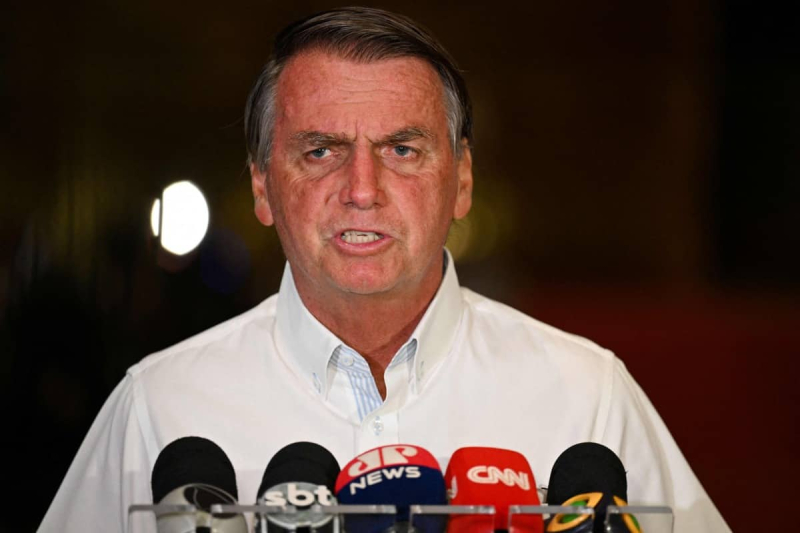 Ex-Brazilian President Jair Bolsonaro confessed to “some mistakes at home” in front of supporters in the United States, according to a video released Monday.

“Everyone makes a few mistakes at home”, including members of the government, said Mr. Bolsonaro, explaining that during his mandate, “every day was Monday”.

L ex-far-right leader left Brazil on December 30, two days before the handover with his leftist successor Lula, who defeated him in the October presidential election.

In the excerpt posted by the Metrópoles news site, supporters advise him not to return to Brazil, where the Supreme Court recently included him in an investigation for his role in the looting of places of power on the 8 January.

On that day, thousands of people identified as Bolsonarists invaded the headquarters of the Presidency, Congress and the Supreme Court, refusing to recognize the result of the election.

“I deplore what happened,” Bolsonaro said, calling the events “unbelievable”.

Infrastructure, priceless works of art and furniture that are part of the national heritage were destroyed during the riots.

More than 1,100 people are still under arrest for facts described as “terrorism” by the Lula government, in office since January 1.

Jair Bolsonaro, who remained isolated and almost silent during his last weeks in office, had condemned the “looting” and denied any involvement in assaults.