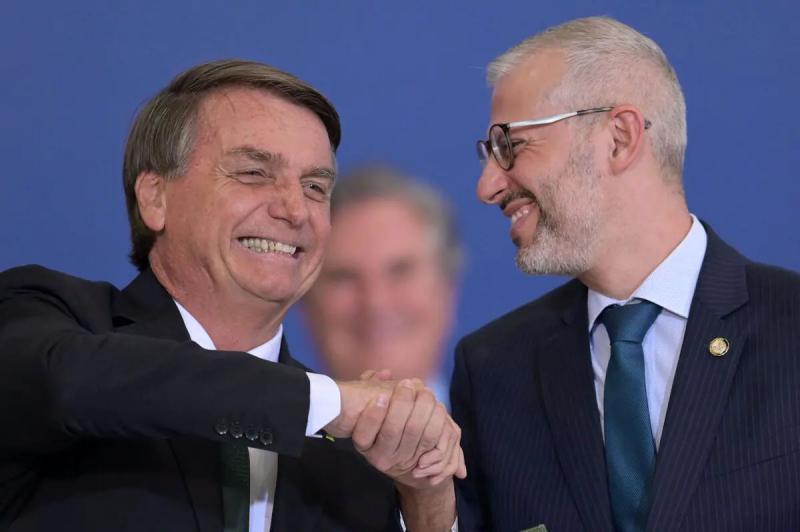 Brazil's Foreign Ministry on Tuesday congratulated Gustavo Petro (left) two days after his presidential victory in Colombia, but his far-right counterpart Jair Bolsonaro has still not conveyed his wishes .

“The government congratulates Senator Gustavo Petro on his election as president of Colombia,” reads a brief statement from the ministry.

“We wish him success in the exercise of his functions and the Brazilian government renews its commitment to the continued deepening of bilateral relations with Colombia, for the well-being, prosperity, democracy and freedom of our peoples”, continues the text.

Gustavo Petro, 62, became on Sunday the first leftist president in the history of Colombia.

Unlike other senior leaders of the region, who reacted shortly after the announcement of the results, Jair Bolsonaro still has not congratulated on his election.

One of his sons, deputy Eduardo Bolsonaro, posted on Twitter on Sunday a map of South America with a hammer and sickle, symbol of communism, on Colombia, as well as on Argentina, Chile, Bolivia, Peru and Venezuela, also governed by the left.

“The responsibility of the Brazilian voter only increases. Not just for Brazil, but for the whole region”, he wrote, an allusion to the October presidential election, for which his father is in an unfavorable position in the polls against the left-wing ex-president Luiz Inacio Lula da Silva.