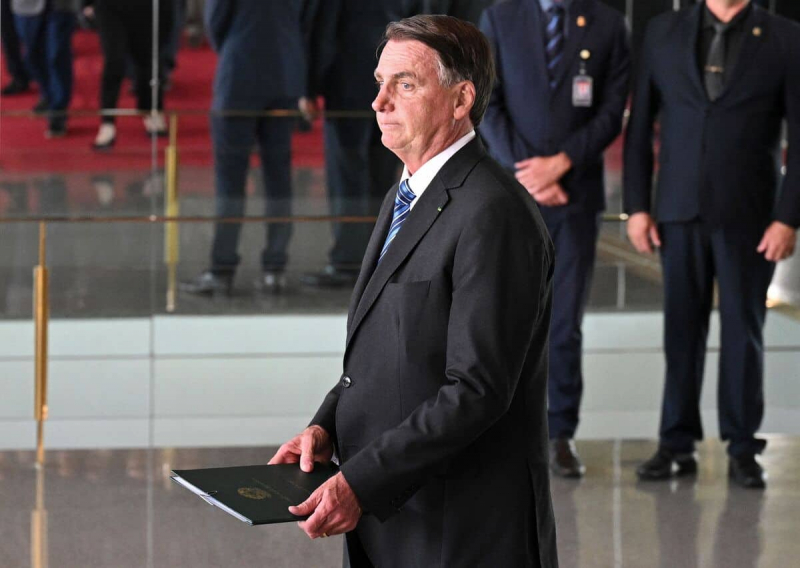 RIO DE JANEIRO | “I have three possibilities for the future: to be imprisoned, to be dead or victorious”, had launched Jair Bolsonaro in August 2021, more than a year before his defeat against Lula in the presidential election on Sunday.

“You can be sure that the first option (prison) does not exist,” said the far-right president, during a meeting with evangelicals.

However, analysts consulted by AFP consider that this risk of imprisonment is very real, even if the procedures could take years.

Since the beginning of his mandate, President Bolsonaro has been the target several investigations, including for disinformation, and more than 150 impeachment requests, most related to his management of the COVID-19 crisis, which has claimed at least 685,000 lives in Brazil.

These threats to shorten his mandate were dismissed by two key allies: Attorney General Augusto Aras, who refrained from launching any formal accusation against the Head of State, and the President of the Chamber of Deputies, Arthur Lira, who refused to follow up on the demands for dismissal.

But the situation will change from January 1: when Luiz Inacio Lula da Silva will be invested with the supreme function, Jair Bolsonaro will lose his presidential immunity.

He can then be tried by the courts of first instance, and not only by the Supreme Court.

Brazilian justice is already taking a close interest in the affairs of the Bolsonaro family.

The prosecution had requested the indictment of the son at the end of 2020 elder of the president, Flavio Bolsonaro, now a senator, for embezzlement and money laundering.

He was suspected of “rachadinha”, when employees of the cabinet of an elected official remunerated by the State pay part of their salary to their employer.

The case was finally dismissed last May, when a higher court found that the investigation had violated his parliamentary immunity, by lifting, among other things, his banking secrecy.

But a series of reports from the site Uol information showed that the prosecution had strong indications that the practice of “rachadinha” was widespread in the Bolsonaro family, including Jair, who was an MP 27 years before 'take the presidency.

“When the presidential mandate ends, Jair Bolsonaro will be able to respond to common justice and the prosecution will be able to open new investigations”, assures the jurist Rogério Dultra dos Santos, of the Federal University Fluminense.

The president has always denied any wrongdoing, saying he was the victim of “political persecution”, including when Uolrecently revealed that members of his family had acquired 51 properties paid for in whole or in part in cash from 1990 to 2022, for a total amount of nearly 4.8 million euros.

During the his mandate, President Bolsonaro has sealed for 100 years a quantity of documents, official or personal, which could prove to be compromising.

“Lula has already promised that he would authorize access to these documents if elected. If he does, it could have legal consequences,” said Rogério Dultra dos Santos, who is a member of the Brazilian Association of Lawyers for Democracy (ABHD).

These documents could contain, for example, revelations of interference by evangelical pastors in the budget of the Ministry of Education.

Rogerio Dultra dos Santos stresses, however, that the procedures could “take several years”, with multiple appeals that delay any possibility of imprisonment.

Jair Bolsonaro could benefit from a Supreme Court decision that freed Lula after 18 months in prison on corruption charges.

In November 2019, the former president de gauche was released after this high court decided that a defendant could only be imprisoned once all his appeals had been tried, and no longer only after an initial conviction on appeal.

Au Beyond the legal questions, Jair Bolsonaro had made surprising remarks three weeks before the election, saying that he intended to “stay back” from political life in the event of defeat.

“It m would be surprised if he gave up politics. I see him rather as a destiny à la Trump, who retains considerable influence on American politics despite his defeat in 2020,” says Mayra Goulart, political scientist at the Federal University of Rio de Janeiro.

D' Elsewhere, in his address on Tuesday, Bolsonaro said, “It's an honor to be the leader of millions of Brazilians,” after celebrating that “the right has really emerged” in Brazil under his tenure. /p>