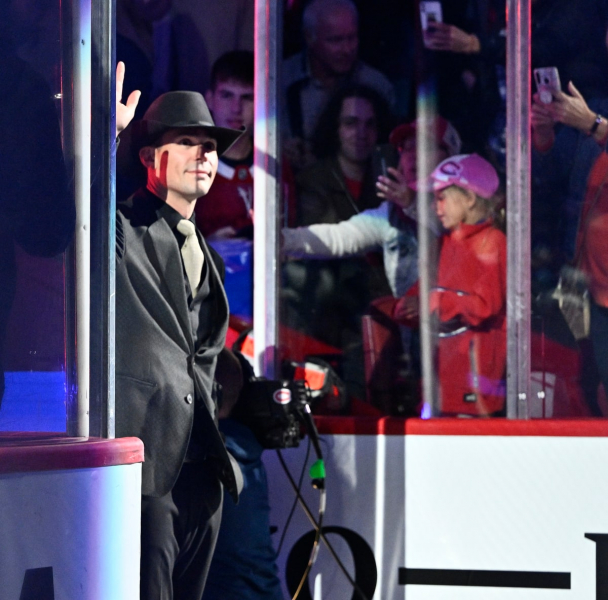 There was something special and moving about watching Carey Price wave to the crowd. As if we were witnessing the end of a long love story. An idyll that will have lasted a little over 15 years.

After having fully savored the moment, Price turned on his heels and turned back under the bleachers. With his slow gait, Price, wearing a cowboy hat, looked like he didn't want it to end.

Colleagues commented that the Bell Center DJ just needed to spin I'm a poor and lonesome cowboy, the closing song to the popular cartoon Lucky Luke, to get the script right.

< p> “We do not know what the future holds for him, but if we never see him again on the ice, he will have greatly deserved this ovation”, launched Brendan Gallagher, at the end of the dramatic victory against the Maple Leafs .

Gallagher, who joined the Habs during the 2012-2013 season, is the one who has shared the same locker room as Price for the longest time.

With him, he reached the Eastern Conference Finals in 2014 and the Stanley Cup Finals in 2021. The two men have been in practically all the same fights over the past decade.

“If it weren't for me, there would be a statue of Carey standing outside the Bell Centre. He deserves it, he hammered. He is a competitor, he fought, he pushed his body to the limit. »

“Everyone knows what Carey is worth as a hockey player. What people know less about him is what he is as a person, as a friend and as a teammate, ”he took care to add.

The face of the Canadiens

Acquired from the Blues in September 2020, Jake Allen had time to be a full-time teammate of Price for one season before the British Columbian was confined to the 'infirmary.

“That ovation didn't surprise me. I came to see him play when I played for the Montreal Juniors. So I know how important Carey is to this city and to the fans of the team. He was the face of this concession for 15 years,” Jake Allen said after the game.

Fans may have to mourn the goalkeeper that the vast majority have long cherished. As for his teammates, they will apparently have a reprieve before having to say goodbye to him.

“I'm happy to see him near us. We always got along well. I will never fill his shoes, but I will do my best to fill some of the void he will leave. »