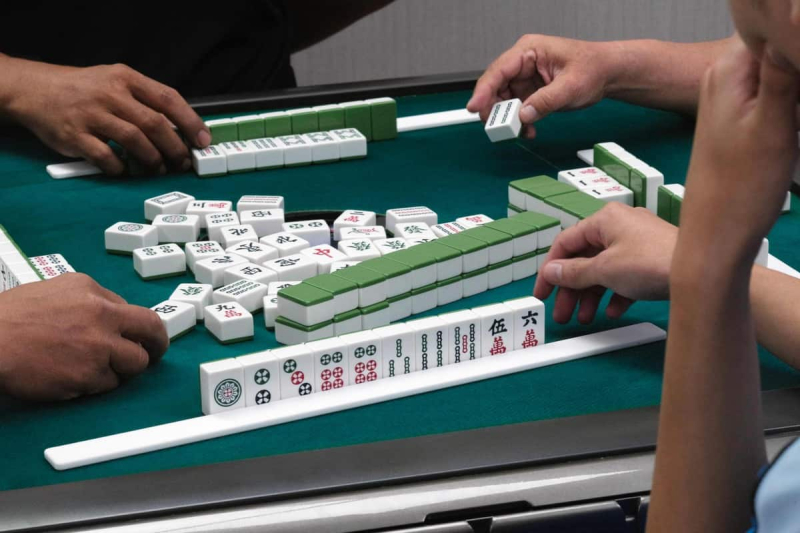 As Taiwan gradually transforms into a “super-aged” society, a new party emerges in the political arena with a singular program: to restore the greatness of mah-jong, a game of traditional society.

Centuries old, this Chinese game, recognizable by its famous tiles, is popular in Taiwan, especially among the elderly. Playing it is certainly allowed, but since the time of martial law (1949-1987), mahjong has evolved into a gray area, arousing mistrust from the authorities due to the ban on betting in public places.< /p>

Owner of a gambling hall in the city of Kaohsiung (south), Kuo Hsi decided that it was high time to allow bets during mahjong games. And to achieve his goal, he set up a new political party.

This niche formation, called “Mah-jong the greatest party”, advocates the recognition of the board game as ” legitimate leisure” as well as the legalization of bets and winnings.

“Let's be honest. You can bet on anything if you want to play, even rock-paper-scissors. Why do we insist on calling mah-jong (…) a gambling game?” Kuo Hsi asks AFP.

In his games room , amid the recognizable clanking of mahjong tiles producing a hypnotic background sound, the manager believes that “all forms of competition, gambling, golf, tennis, badminton, have some sort of prize at the end. They all have them.”

“When there are prizes, participants do their best to train physically and mentally. It's the same with mah-jong,” adds the 65-year-old man.

Max Chang was one of the very first members of the new party. He himself has been a fan of the game of tiles since his youth, which he plays with his family.

“I identify very much with Kuo's ideals. As a young man who regularly plays mahjong, I'm always worried that people will call the police about us,” the 31-year-old consultant told AFP.

Amy Huang, a 62-year-old housewife, also joined the party. “I can't wait to play mahjong in broad daylight and not have to hide anymore.”

Ms. Huang's mother-in-law, who introduced her to the game of tiles, said was taken to the police station one day for betting at a game with friends, she says, speaking of a “ridiculous” incident.

But Kuo Hsi knows that he still has a long way to go to fully integrate the Taiwanese political landscape. His party, created last month, has 120 members but its founder hopes to register 10,000 by the end of the year.

He has submitted an application for registration of the party which he hopes see it approved soon.

Its goal: to create enough political momentum to get a referendum next year and change the law.

Taiwan allows regular referendums to be held to decide on key decisions. In local elections on November 26, the lowering of the voting age from 20 to 18 will be put to a referendum.

The party founder also hopes to secure at least one seat in 2024 when Taiwan elects its new lawmakers and president.

As the manager of a game room, Kuo Hsi has every interest in it.

But he also pursues a more altruistic goal: according to him, taking mahjong out of its gray zone will help Taiwanese seniors become happier and more sociable.

“Taiwan is an aging society with more in addition to elderly citizens, especially in remote areas. They mostly stay at home watching TV,” according to Kuo Hsi.

“If they can get together with people their own age to play mahjong and chat with others, that will help improve their quality of life and bring them happiness”.