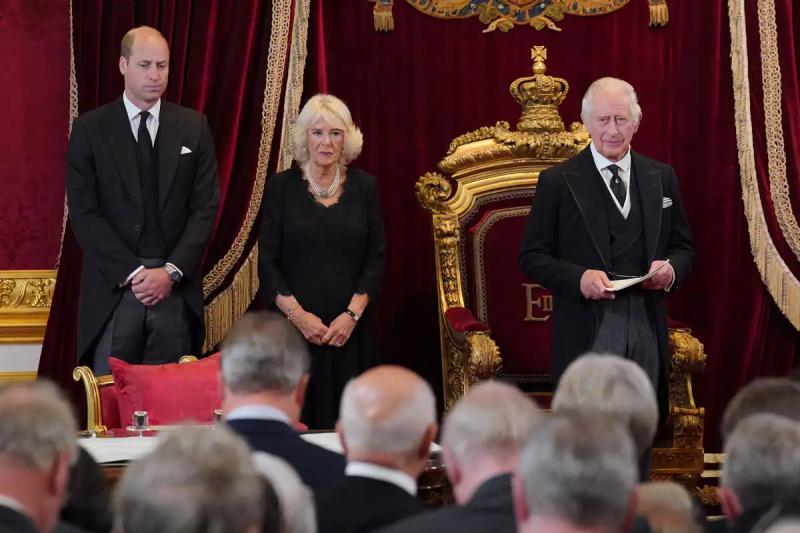 Charles III's first day as sovereign made headlines on Saturday in the British media, which devoted their front pages to his moving tribute to his “beloved mother”.

In his first televised address on Friday, Charles hailed Elizabeth II's “unwavering devotion” to her country during her reign that lasted more than 70 years.

This address is hailed by the media, which particularly highlights the moment when Charles, fighting back tears, said goodbye to his mother, who died at the age of 96 on Thursday at her Scottish residence in Balmoral.

The words “To my darling mum, thank you” headline the Daily Telegraph, Daily Mail, Sun and Daily Star >.

The Daily Express features this quote that Charles borrowed from Shakespeare: “Let flights of angels sing to thee unto thy rest.”

A picture of the pensive, contemplative new monarch as he arrives at Buckingham Palace on Friday afternoon is on the cover of Guardian, Times, The Independent. “God Save the King,” headlines the Times.

Newspapers focus on Charles' commitment to serve his country with “loyalty, respect and love”.

In its editorial, the conservative daily Telegraph urges Britons to “cherish” the next ritual manifestations.

“When King Charles III addressed the nation last night, it was with a warm understanding of what his people yearned to hear: fierce love and acute pain for Queen Elizabeth II, a deep understanding of the immense responsibility now upon him, an expression of the firm faith which will guide him, and a solemn devotion to the duty upon him,” reads this editorial.

“The coming weeks are also a glorious reminder that the country she (Elizabeth II) ruled is as steadfast as she was.”

It is “the vital expression of a constitution that is not written in a dusty sacred text, but which lives, breathes and is shaped every day by those who inhabit its great functions: the palace, the Parliament, the people”, adds the editorial.

For the tabloid The Sun, the speech allayed some fears that Charles would not be able to fill the void left by the death of Elizabeth II.

“Charles, with his moving maiden speech, has given us every confidence that he will fulfill this role with wisdom, skill and compassion,” reads his editorial. “We sometimes feared that he was a militant king, a risk for the future of our monarchy. But not anymore”, adds the text.