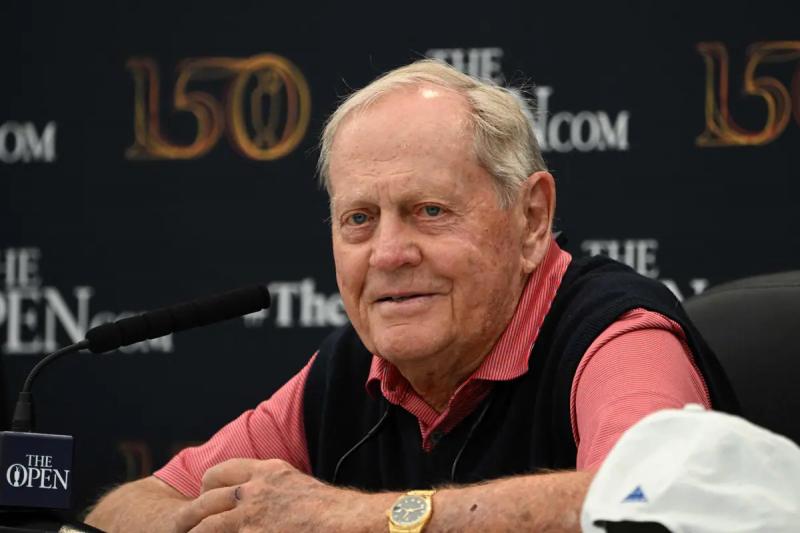 The greatest golfer in history has won two of his three British triumphs on the fairways of the Old Course. Those were 1970 and 1978. And in 1964, he finished second to champion Tony Lema.

So the city council decided to give a rare honor to an American. The now 82-year-old will join golfer Bobby Jones and Benjamin Franklin, one of the Founding Fathers of the United States.

The winner of 18 Grand Slam tournaments will thus receive a fourth distinction at St Andrews since he had previously become a member of the famous golf club after his victory in 78. And in 1984, St. Andrews University also awarded him an honorary doctorate. In 1990, the prestigious Royal and Ancient (R&A), the governing body of golf, also welcomed him as a member.

The Golden Bear had bid farewell to the British Open and taken a final portrait on the Swilcan Bridge from the 18th hole in 2005 by recording rounds of 75 and 72 despite being 65 years old. He hadn't returned to the birthplace of golf since skipping the 2010 and 2015 tournaments.

“I had declined the invitations, as I did not want to overshadow my farewell in 2005. But when I received the invitation for this honor following in the footsteps of Jones and Franklin, I thought it was a fantastic opportunity. And in addition, it is the 150th championship. It's fantastic to be back here,” enthused the man, who has made golfing history since the 1960s.

Nicklaus literally fell in love with the links at the Old Course when it was first played in 1964. He was then participating in his third British Open.

“When I stepped onto the first tee, saw the course spread out in front of me and then saw the city from the fairways, I fell in love with the place. This story has been going on for almost 60 years. »

In his eight appearances at St Andrews, Nicklaus has withstood the ax six times. In 2000 and 2005, he had packed his bags at the dawn of the weekend.

Whatever, he knows the recipe for success in this sacred land littered with mysteries.

“You have to know the positions of the pits and know how to play between the obstacles. This is the key to this “little” piece of land of approximately 94 acres. This linear path goes in one direction and comes back in the other. You can play on the width of the two holes, he imagined.

“And you have to favor the left side at all times, added the one who won two competitions there in a row . You always have to miss a shot on the left, because the major problems are on the right with the out-of-bounds stakes and the complicated pits.

“ So in one way or the other, it is necessary to favor the center of the course and to select a stick which will make it possible to remove the pits from the game from the mounds. On the greens, you have to know how to deal with the wind blowing crosswise and avoid places where it is impossible to successfully putt. »

Reflecting on all your memories at the press conference yesterday the sentimental man had to wipe his eyes, as he has done so often throughout his illustrious career.