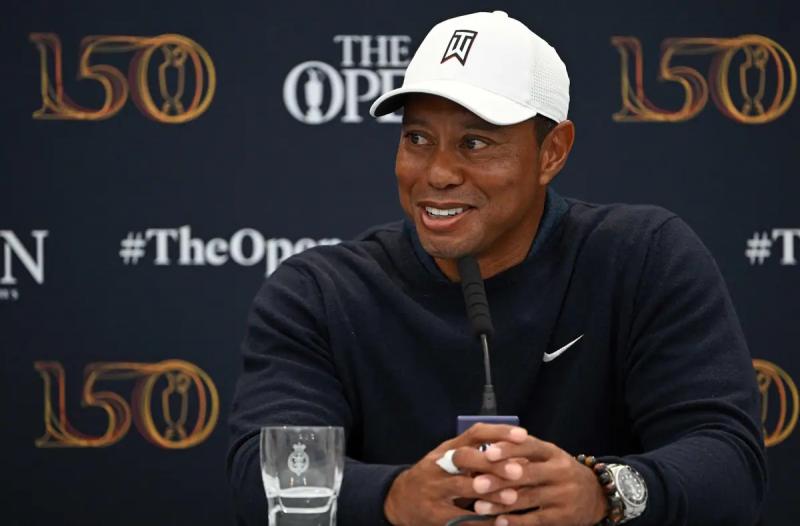 BET À SAINT ANDREWS DAY | Tiger Woods welcomed on Tuesday to participate, from Thursday, in the British Open golf at the historic course of Saint Andrews and sharply criticized the players who joined the dissident circuit LIV for the money at the detriment of the “sacred paths” that they may never walk.

QUESTION: After your car accident in February 2021 which nearly cost you your right leg, did you think you could ever return to Saint Andrews to play the British Open?

ANSWER: “Most of the time during my rehabilitation, I just hoped that I could walk again. Walk normally and have a normal life, even play a little golf with my son or friends. But finally, I was able to play a little in competition this year. And when I realized that I could play at a high level, although it will never be a question of playing a full season again, my goal was to come back here to Saint Andrews to play this tournament which is the most historic of our sport.”

Q: How do you feel physically?

A:“My body can definitely get better, but realistically not much better. He was very abused and at 46 you don't recover as well as you did at 26. But I'm lucky that in our sport you can continue to play at 45 and beyond. 50 years old on links-type courses (sandy courses, open to the wind, little or no trees, editor's note) like in Saint Andrews.

It just takes a lot of skill to play well on these courses. And with fast, firm fairways like they are, it allows older players to roll the ball and have a chance. But in terms of preparation, when I arrived on Saturday, I didn't hit a single ball. I only did approaches, putts and walked (on the course). There was no tension. I just tried to find sensations.

Q: What do you think of players tempted to join the LIV Breakout Circuit?

A:“They have turned their backs on what got them to where they are. Some players do not even have experience on the circuit (PGA). They went directly from the amateur circuit to this organization without ever having the opportunity to feel what it is like to play on the circuit or in the big tournaments. And who knows what will happen to the world ranking points, what are the criteria to play the Majors?

Some of these players may never be able to play a Major, never have the chance to play in Saint Andrews, to walk the alleys of Augusta. That, to me, is incomprehensible. They are paid very dearly in advance to play a few 54-hole tournaments (in three days instead of 72 holes in four rounds on the classic circuit, editor's note). I can understand that the senior circuit is 54 holes, they are older and less physically strong.

But when you're young, and some of these players are kids coming from amateur golf , the fact of playing over 72 holes is part of the difficulty of the game. I remind you that Majors had playoffs of 36 holes (to decide between the players tied after 72 holes, editor's note)! So I don't see how this move (to LIV) can prove positive in the long run for many of these players, especially if LIV doesn't get world ranking points and Majors don't change their criteria. admission.

It would be sad to see some of these young players never set foot on these sacred courses.