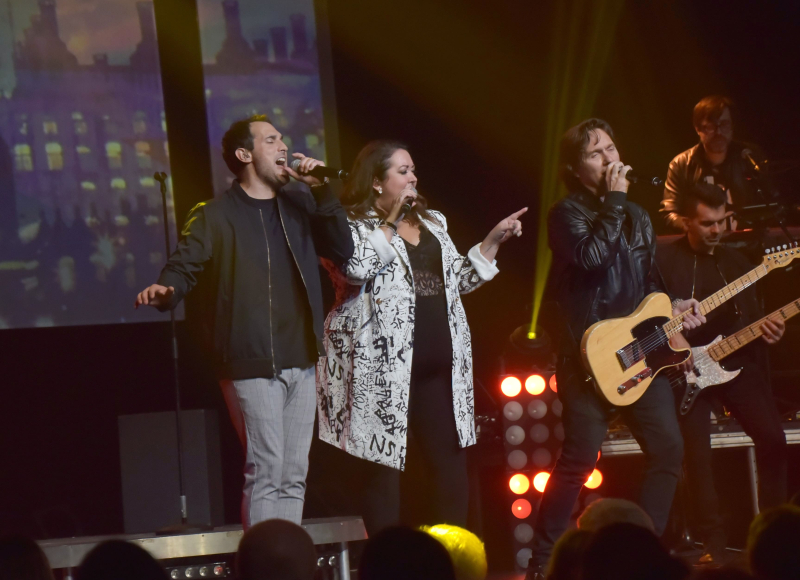 The hits of Adele, Led Zeppelin, Dua Lipa, Tom Jones, the Beatles, David Bowie and other Spice Girls are taking over the Cabaret du Casino de Montréal this week, carried by the voices of Renee Wilkin, Yvan Pedneault and Pascal Dufour. The British invasion is clearly far from over…

We all know – from near or far – the Britishow. First launched in 2017, the tour traveled the province for two years, revisiting English musical history night after night. The creator and director of the show, Mike Gauthier, was at the time busy building a “musical roadtrip” through six decades of hits, borrowed from the biggest stars of the United Kingdom. Uni.

“After American Story Show, I was asked to do the same exercise, but with British music. It was a logical sequence; Quebec has always been very open to British culture. We have a musical curiosity and it clicked very strongly between us and several English artists”, he explains in an interview with Journal.

This time, it is in a revamped version that the Britishowhit the road again, first at the Capitole de Québec, a month ago. The essence of the show has certainly remained the same, as has its mission. But the tables have been revised, in order to continue to follow the musical and cultural evolution of recent years.

The Queen and Dua Lipa

This is how artists such as Dua Lipa – whose career has exploded since the first version – have carved out a place for themselves on the evening's program and how the death of Queen Elizabeth II, which occurred at the end of the summer. last, is underlined by various jubilees celebrated in his honor. Other titles had to be cut from the show, just to make way for them.

“We could easily have done a four-hour show, says Mike Gauthier. But we had to make choices, remove numbers to add new ones. And it allowed me to find excuses to include songs that I couldn't place well in the previous edition,” he continues.

The number of interpreters is also reduced from four to three; Renee Wilkin, Yvan Pedneault and Pascal Dufour now share all 112 songs – most performed in medleys, of course – since Jérôme Couture declined the invitation in order to devote himself fully to his solo career .

Since the very first performances of Britishow, Mike Gauthier has never hidden his wish to see this project travel to the ears of American and European music lovers. Meetings in this direction had also taken place in 2019, but the pandemic came to slow down this momentum.

“I think it's a show that would be perfect for Vegas, or even in England, for music tourism. People from the British industry had come to Montreal to see the show and they were interested in having it, but the pandemic put the brakes,” he says.

“I would still like to export it and I have the impression that someone, one day, will come to see it and will be interested in presenting it outside. I'm sure it's going to happen without us even planning it ourselves,” he concludes.

The show Britishow will be presented at the Cabaret du Casino de Montréal from December 1 to 11.