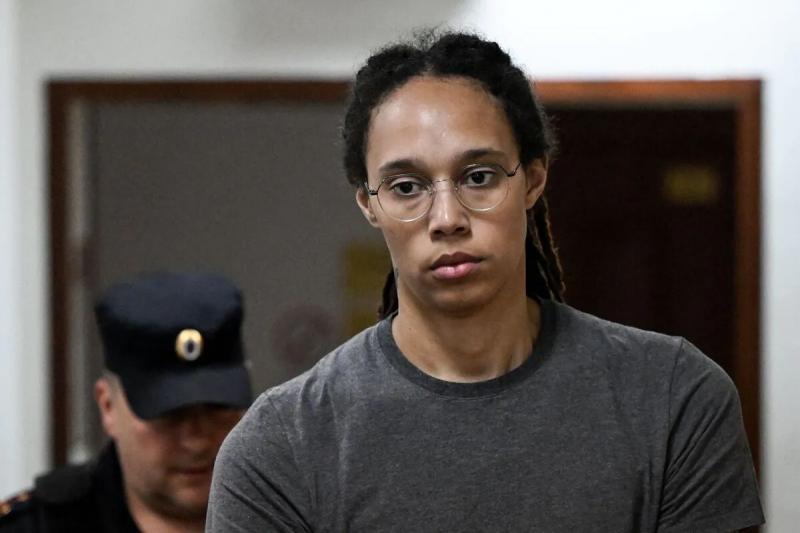 Since her arrest in February at a Moscow airport, a few days before the Russian offensive in Ukraine, the double Olympic champion is immersed in the geopolitical crisis between Russia and the United States.

Her trial has accelerated in recent days as the two countries negotiate a prisoner swap that the player could be part of, with Washington claiming to have recently made a “substantial” offer to Moscow.

Thursday, a prosecutor demanded that Griner be “convicted and sentenced to nine and a half years in prison in a colony (penal) with a classic regime”, according to an AFP journalist present at the court in Khimki, near Moscow.

This is almost the maximum possible requisition for this crime, set at 10 years in prison. The prosecutor also asked to condemn the player to pay a fine of one million rubles (approximately $21,000).

“I made a mistake in good faith and I hope that the judgment won't end my life here,” Griner pleaded in his last address before the court withdrew before the statement of the decision, expected Thursday evening.

Aged 31 and measuring 2.06 meters, Griner is considered one of the best basketball players in the world. Since the start of the trial, she has appeared focused, answering the court's questions with calm and precision.

On Thursday, she was again brought into the courtroom in handcuffs, wearing a gray t-shirt, before being placed in the cage with bars reserved for the defendants. Before the start of the hearing, she held up to reporters a photo of herself surrounded by her basketball teammates in Russia.

The Phoenix Mercury player had come to Russia to play during the American offseason, a common practice for WNBA basketball players who often earn more money abroad than in the United States.< /p>

She had been arrested at the airport with cannabis vaping liquid. She admitted having been in possession of this substance, however claiming to have brought it to Russia by mistake.

Above all, she refuted any traffic, stressing that this small quantity of substance was only for her personal consumption, for analgesic purposes, because she suffers from chronic pain like many athletes.

“I don't I never meant to harm anyone, I never intended to endanger the Russian population, nor to break the law here,” Griner said Thursday.

Thursday, the prosecutor assured him that she had knowingly tried to “hide” the cannabis-based liquid from customs officers at the airport.

The player's lawyers have called for her acquittal.

A conviction of the player would legally pave the way for a possible exchange of prisoners.

On Friday, the head of the American diplomacy Antony Blinken and his Russian counterpart Sergei Lavrov had their first discussions since the beginning of the offensive of Moscow in Ukraine.

Mr Blinken said he pressed his counterpart to accept Washington's 'substantial offer' to Moscow to secure the release of Griner and another American detained in Russia, Paul Whelan, who is serving a 16-year prison sentence for espionage.

According to several American media, it would be a question of exchanging a famous Russian arms trafficker detained in the United States, Viktor Bout, against Mrs. Griner and Mr. Whelan.

Mr. Bout, arrested in Thailand in 2008 and serving a 25-year prison sentence in the United States, is nicknamed the “merchant of death”. His extraordinary career was one of the inspirations for the film “Lord of War” in which Nicolas Cage plays a most cynical arms trafficker.

No agreement has yet been reported and the Kremlin appeared irritated after Washington's public statements about the negotiations.

Mrs. Blagovolina, Griner's lawyer, said on Tuesday that the player's defense was not involved in the negotiations. negotiations, adding that the basketball player only hoped for one thing: “To be able to go home.”